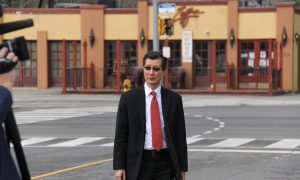 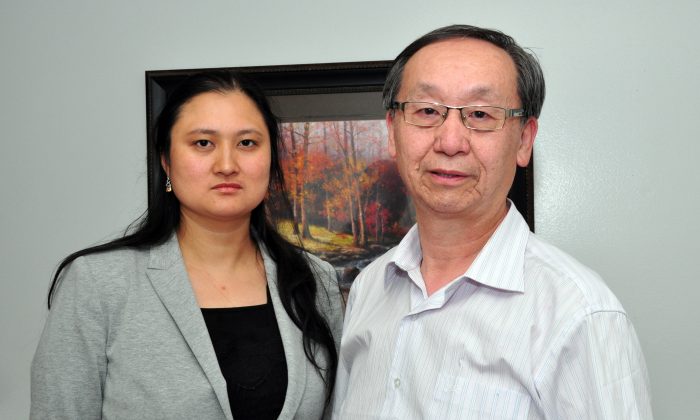 Helen Wang, who on July 17 was fired from her position as chief editor of the Chinese Canadian Post, says she was dismissed due to pressure by the Chinese consulate for running an article critical of Michael Chan, the Ontario cabinet minister cited by the Canadian Security Intelligence Service for his close ties to Beijing. The publication denies this.

Wang explains in a statement that her decision to uphold press freedom and independence were met with resistance while working at the newspaper. She says her efforts to balance the paper’s favourable coverage of Chan by publishing an article critical of him was what led to her dismissal.

Chan, Ontario’s minister of citizenship, immigration, and international trade, was the subject of a warning by CSIS to the Ontario provincial government in 2010 regarding his cosy connections with the Chinese consulate.

Moreover, the director of CSIS at the time, Richard Fadden, stated publicly that two provincial ministers—who he didn’t name—were under the influence of a foreign regime. A recent Globe and Mail report confirmed that one of those ministers was Chan.

Chan denies this and has launched a defamation suit against the Globe. He has also said he had nothing to do with the events that led to Wang’s firing.

Helen Wang, who has worked for various Chinese-Language media over the last decade, joined the Chinese Canadian Post in February 2015 and was the editor-in-chief until her dismissal.

The Chinese Canadian Post was formerly published as a four-page wrapper with the Toronto edition of the People’s Daily, a Chinese state-owned publication. At that time, the publication was headed by David Lim, the executive secretary of the National Congress of Chinese-Canadians (NCCC). Lim is also the Canadian representative of the People’s Daily and an executive with the Confederation of Toronto Chinese Canadian Organizations (CTCCO). The federal registration of the newspaper remains under his name.

According to Wang, the newspaper is now headed by Wei Chengyi, the current president of the CTCCO, although Wei denies this. The Chinese Canadian Post, CTCCO, and the Min Business Association (also headed by Wei) all operate out of the same office. The CTCCO has been cited by former CSIS senior manager Michel Juneau-Katsuya as acting as an “agent of influence” for the Chinese regime in Canada.

Wang says news reports on CSIS’s concerns regarding Michael Chan triggered extensive discussions in the Chinese community in the GTA. After the news initially broke, Wang invited Jonathan Fon, a local news commentator, to write a commentary on the minister.

In his article, Fon criticized Chan’s response to the Globe story, saying Chan was wrong to imply that the increased scrutiny into his conduct was an attack on the loyalty of all Chinese immigrants when the concerns were really only about Chan himself.

A day after the article was published, Wang was contacted by her manager, Joe Zhang, who said that “our big boss, Mr. Wei … was furious after being aware of Mr. Fon’s article,” she says. She also says Zhang told her that Chan had complained about the article—a claim Chan has denied.

After Wang’s dismissal, the paper added a Michael Chan column, running articles by Chan in every week’s edition.

It wasn’t the first time Wang had tried to balance the content against articles favouring the Beijing regime. She had been asked before by her manager to publish articles by a staff member of China’s state-owned People’s Daily, the official mouthpiece of the regime, as well as editorials by pro-Beijing figures.

On one occasion, she was asked to change the editorial plan to publish content dictated to her so that CTCCO president Wei could take the paper and show the Chinese ambassador. Each time, she would try to balance the content by adding a different voice.

But this time, it seemed she had gone too far.

According to Wang, her manager Joe Zhang said the Chinese consulate in Toronto told Wei that the newspaper was “anti-Michael Chan” for publishing such an article.

Wang says Zhang later told her that he was reprimanded by Wei, and was asked to diminish the impact of the article. He was also told that all copies of the edition containing Fon’s article were being removed from the market.

“He added that Mr. Wei also stressed that the principle of our [newspaper] is first to be friends with China, second, to commend all political parties and their politicians instead of criticizing them,” Wang explains.

Even though we are in Canada or in Australia or Europe, most Chinese media are under the influence of the Chinese communist regime.
— Rights activist Sheng Xue

Wang was instructed to run more articles in support of minister Chan, and was compelled to attend a press conference held by CTCCO along with Wei and a number of other organizations in support of Chan and to demand an apology from the Globe for its reports on the minister. Wang wrote a report on the event, but her manager replaced it with the news release of the event issued by CTCCO.

Despite the pressure, Wang remained adamant that she wanted to uphold the freedom and independence of the press, something she made clear to her manager. Not happy with that, she says Joe Zhang told her: “As long as you work for your boss, you have to listen to him. You cannot express anything you want unless you own your own newspaper.”

Things started to get worse for Wang after this encounter. Her movement out of the office during business hours was restricted, and all her work was monitored closely.

At one stage, she was strongly criticized by Joe Zhang after he learned she was on her way to interview Sheng Xue, an award-winning Chinese-Canadian journalist and human rights and democracy activist. Sheng confirmed to Epoch Times that Wang told her she had to cancel the interview as her manager prohibited it.

“He burst into fury and yelled at me when he got to know I was going to interview Sheng Xue,” Wang says.

On the day she was fired, Wang says Zhang handed her the dismissal letter while sitting at CTCCO president Wei’s desk. She says her former employer refused to provide her record of employment, making it difficult for her to get employment insurance.

After Wang’s dismissal, the paper added a Michael Chan column, running articles by Chan in every week’s edition.

Repeated calls seeking comment from the Chinese Consulate in Toronto were not answered. Epoch Times also approached minister Chan and Joe Zhang for comment, but no response was received.
Repeated attempts to arrange an interview with CTCCO president Wei Chengyi were unsuccessful.

The Chinese Canadian Post did not respond to a request for an interview. In a statement published in Chinese in its latest edition, the Post denied that the reason for the dismissal of Wang was related to running the article by Fon, but rather because of Wang’s “overall performance and human resources needs” of the paper.

Sheng Xue, chair of the Federation for a Democratic China and winner of a Canadian Association for Journalists award for her investigative journalism among several other awards, says Wang’s experience is typical for most Chinese-language media in Canada.

“Even though we are in Canada or in Australia or Europe, most Chinese media are under the influence of the Chinese communist regime. This is a very sad reality.”

Sheng says most Chinese who immigrate here maintain close ties with China. Many have elderly parents back home whom they need to visit, or they want to be able to send their children to visit. Many also do business there. The regime has infiltrated Chinese communities and networks in Canada, she says, and business owners and others fear reprisals and exclusion from the community if they oppose the regime.

“If you’re not following the regime, then you are not with them,” she says, adding, “For Chinese media, it is very hard to stay neutral.”

It is no easy feat running an ethnic media overseas given the pressure, she says, and it may be very tempting to agree to allocate space for content from the regime when offered a substantial sum of money. For journalists too, the temptation may be overwhelming, as they receive free trips to China with free hotel stays, meals, and expensive gifts. Self-censorship is also common. Sheng says this has been going on for a long time.

Sheng herself had firsthand experience with censorship a few years ago. She wanted to run an ad about a local event she was a part of related to the 1989 Tiananmen Square massacre in the Toronto edition of Ming Pao Daily, a Chinese-language newspaper headquartered in Hong Kong with editions in Canada. The paper would not allow her to run the ad in the form she wanted, including insisting she to change the word “massacre.”

As reported previously by the Epoch Times, the Toronto edition of Sing Tao Daily republished a Toronto Star article about the Tibetan unrest in 2008 after editing out criticisms of the Chinese regime. Torstar Corporation, which owns the Toronto Star, holds a majority share in the Canadian edition of Sing Tao, also headquartered in Hong Kong. The relationship gives Sing Tao rights to translate and publish stories from the Star.

Prominent Chinese author and economist Qinglian He said in a 2011 study on Beijing’s influence on overseas Chinese-language media that the regime started its control of the media in the 1990s.
“Since the Chinese communist government accumulated financial power through reform and open-door policy, it started to fund or directly establish the seemingly independent Chinese-language media,” she wrote.

This influence, Sheng Xue says, has major impacts in controlling the minds of ethnic Chinese in Canada, particularly elderly or non-English speakers whose only source of information is Chinese-language media.

“Sometimes when you talk to Chinese immigrants, they don’t even know what is the universal values of Canada—this is very sad,” she says. “A lot of people, even though they have lived in Canada for many years, still have the same communist mentality. This is not good for Canada, it is not good for those people, and it is not good for the Chinese community.”

Sheng also takes issue with Michael Chan’s close ties to the Chinese regime, saying as a Canadian official he should know better.

Chan, who is suing the Globe for its reports on him for a reported $4.5 million, has said he would donate any money he receives to a hospital foundation and to PEN Canada, an organization that supports writers around the world who are persecuted for their work.

Sheng, a member of PEN Canada, laughs at the prospect.

“The Globe and Mail published the article to uphold freedom of expression,” she says, adding that it wouldn’t make sense for PEN Canada to take the money. She believes it is unlikely that Chan will win the case.

“By being so close to the Chinese regime, Michael Chan is not helping the Chinese community integrate in Canadian society.”

With reporting by Anna Yang in Toronto