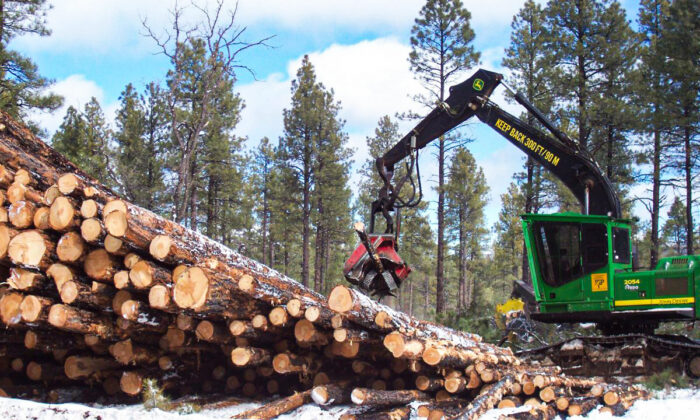 Americans are seeing home-heating costs rise like never before this holiday season.

But rather than pay the additional costs for oil or propane, many are stocking up on firewood to stay warm during the winter months. At AZ Wood Farmer in Apache Junction, Arizona, owner Doug Trapp said there has definitely been a steady rise in demand for firewood in 2021, as more people choose to stay at home.

“People are cooking at home. People are staying home more, because the cost of food has gone through the roof,” Trapp said. “Everybody is worried. Everybody is concerned.”

And with the increased demand for firewood comes higher prices.

“The more people stay at home, the more they are burning the stuff,” Gosiak told The Epoch Times.

“There’s no question there’s been a boom,” said Kelly Olsen, spokesman for the National Firewood Association in Minnesota. “The industry has been very busy.”

Olsen said that COVID-19 created further demand for firewood in 2021, as many people looked to heat their homes for less during the pandemic lockdowns. The rising cost of labor and firewood production equipment, combined with higher transportation costs, has also driven up wood prices.

The Texas power outage in early 2021 served as a wake-up call for many Americans, who don’t want to be caught off guard this winter. This, in turn, has helped spur the demand for firewood, according to Olsen.

“It’s the whole self-sufficiency aspect of it,” he told The Epoch Times.

Olsen noted that the demand for “bundled” firewood at retail stores is also seeing a sharp rise for meeting short-term heating needs.

“I see the industry ramping up,” he said.

In Pennsylvania, the nonprofit Professional Forest Industry Association (ProFIA) is helping several families heat their homes with firewood this winter.

“A lot more people are looking to burn wood” since it costs less than oil or propane, according to ProFIA President Matt Carney.

This winter, the organization plans to donate cords of firewood to at least five or six homes, although the demand “ebbs and flows.”

Ohio-based “My Free Firewood,” on the other hand, is a collaboration between Keep It Green Tree Service and JRG Agency.

“We saw the confluence between homeowners needing an inexpensive year-round supply of firewood and the excess wood many tree services and landscape companies have. So, we launched My Free Firewood in 2018 with the intent to solve both of these problems by providing a service that facilitates connecting firewood customers to wood providers,” the organization’s website reads.

The National Park Service also provides firewood for personal use, both on a free-use permit and on a paid-permit basis.