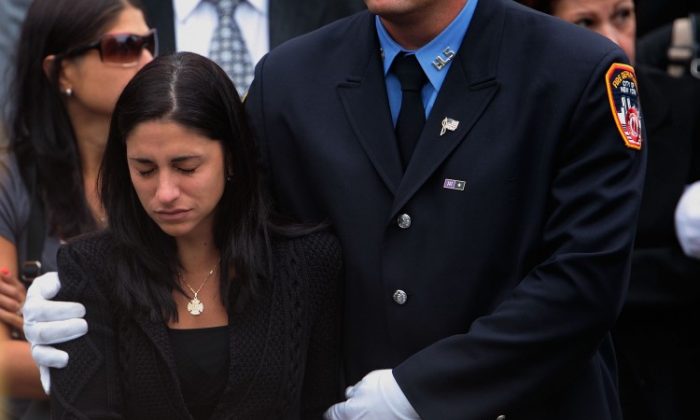 NEW YORK—The widow of a deceased firefighter will receive a $10 million settlement due to lax procedures by the contractor, subcontractor, and city and state agencies in a fire five years ago that caused the death of two firefighters.

Joseph Graffagino, 33, left behind a wife and two children. His wife, Linda, won $9 million compensation from Bovis Lend Lease, and an additional $1 million from the city, according to the New York Daily News.

An investigation found that a cut water pipe had prevented water from reaching the fire that day. It also said the FDNY failed to inspect the building regularly as required by law.

Graffagino’s attorney John Meringolo will get $2.4 million, while Graffagino and her two children will get the rest of the money in installments over the next decade.