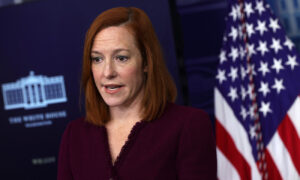 Fire officials are issuing a public warning about the dangers of leaving water bottles inside vehicles during hot temperatures.

David Richardson with the Midwest Fire Department told KFOR-TV how the water bottle can carry the heat from the sun’s rays.

“The sunlight will come through when it’s filled with liquid, and act as a magnifying glass as you would with regular optics,” said Richardson.

That’s when it gets dangerous, he says.

“It uses the liquid and the clear material to develop a focused beam and sure enough, it can actually cause a fire, a combustion,” said Richardson.

The Midwest City Fire Department conducted a test on this and found that sunlight magnified through a bottle of water reached 250 degrees.

The intensified heat can then focus on other interior materials of the car, including the fabrics, seats or mats—potentially setting those materials on fire.

In a Facebook video posted by Idaho Power on July 13, Dioni Amuchastegui, a power station’s battery technician, explains how he discovered first-hand how an innocent plastic bottle of water can instantly create a dangerous situation.

He said he was eating lunch when he started to “notice some smoke out of the corner of my eye.” He looked over and noticed that light was being refracted through a water bottle and “was starting to catch the seat on fire.”

The video below shows how a plastic water bottle can cause a fire if left inside a car.

In the video, Amuchastegui sets up the exact position of the bottle on the seat with the sunlight coming through, and flames can be seen appearing and flickering on the fabric of the seat.

As he lifts the bottle away from the seat, two leftover burn marks can be seen. The heat was strong enough to burn a hole.

“I was a little bit surprised actually I had to do a double take and checked it again and sure enough it was super hot. I even stuck my hand under the light, just hard to believe at first,” Amuchastegui said in the video.

Fire officials recommend people to keep bottles of water outside of the vehicle when no one is using it.