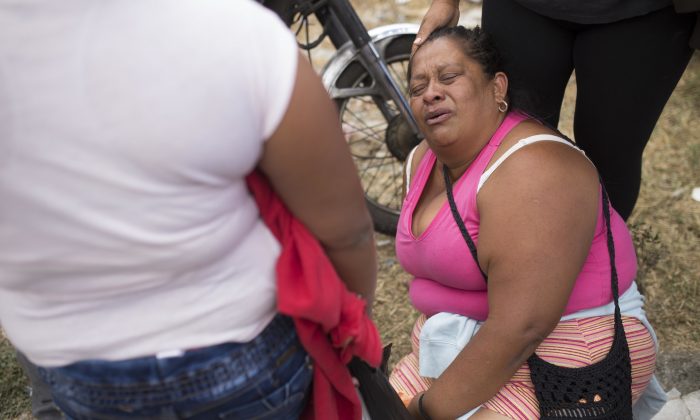 Photos from inside the shelter showed blue sheets covering sneaker-clad bodies and bits of foam mattresses in what appeared to be a smoke-stained dormitory room.

Weeping, distraught relatives waited outside the walled facility for news of their children.

The spokesman for Guatemala’s volunteer fire departments, Mario Cruz, told the Emisoras Unidas radio station that firefighters were still extinguishing parts of the morning blaze. But he said that so far 19 bodies have been found and about two dozen people were being treated for injuries.

The national police department said 38 people had been injured and the country’s Health Ministry said that 14 were in serious condition with severe burns.

Dr. Carlos Soto, the director of the Roosevelt Hospital where some were being treated, said the most severe cases, all apparently girls, had suffered life-threatening burns.

The shelter has been criticized for overcrowding, alleged abuse and escapes in the past.

The prosecutor for children’s rights, Abner Paredes, told Emisoras Unidas that at least 15 people had died but that information was still being collected.

He said initial reports suggested the fire started when some started setting fire to mattresses in the shelter, known as the Virgin of the Assumption Safe Home.

There were reports of escape attempts Tuesday at the shelter, which was created to house children who were victims of abuse, homelessness or who had completed sentences at youth detention centers and had nowhere else to go.

While the shelter was built to house 500 children and adolescents, it held an estimated 800 at the time of the fire.

Jorge de Leon, the country’s human rights prosecutor, said in a statement Wednesday that at least 102 children had been located after escaping from the shelter and more had managed to flee. De Leon said younger children fled the shelter because they were being abused by the elder children.

“According to what they say, the bigger kids have control and they attack them constantly,” de Leon wrote. “They also complain that food is scarce and of poor quality.”

He called on authorities “to evaluate whether it is appropriate to have these different groups concentrated in one place.”