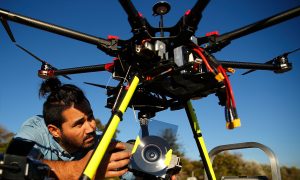 In Terms of Insurance, a Drone's the Same as a Dog—For Now
0
Share Now
TelegramFacebookTweetEmailTellMeWeReddit
Copy Link 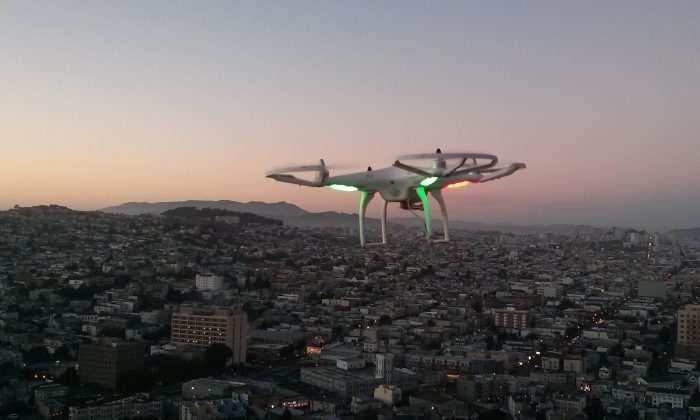 This week marked another round of tensions over the appropriate place for drones in our skies.

On Tuesday, July 27, San Bernardino County, California, put up a $75,000 bounty for the pilot who in late June flew a drone that interfered with a firefighting mission in Lake County. Three aircrafts carrying flame retardant had to turn back because a drone was in their way, costing the U.S. Forest Service $10,000 and delaying containment of a forest fire that stretched across thousands of acres.

“Low-flying air tankers cannot share the sky with drones because the small aircraft can be sucked into the jet engines, causing the engines to fail and the planes to crash,” the county supervisors said in a statement.

The bounty is the latest of a series of actions the California state government has taken to address the interference that drones could pose to firefighting missions.

Earlier this month, California Rep. Paul Cook introduced a bill that would make piloting a drone that interfered with firefighting a criminal offense, and a California state senator introduced legislation to give government officials legal immunity when destroying drones in such circumstances.

“It is the authors’ hope and intent that the advent of ‘jamming’ technology could effectively keep drones away from emergency response areas and flight paths,” state Sen. Ted Gaines said in a statement.

There’s a problem with that solution, however: jamming technology is illegal.

Jamming works by overwhelming the cell and radio frequency in a given area with so many signals that any data that can be transmitted is lost in the noise, and is a tool used by the military to disrupt enemy communication.

It is currently illegal to market, sell, or use jamming technology unless you have explicit approval from the federal government.

Because signal jamming devices can disrupt vital lines of communication, like 911 calls or seniors messaging their doctors, even if their target is something else, it is currently illegal to market, sell, or use jamming technology in the United States unless you have explicit approval from the federal government. Even a small device that fits in a briefcase has a range of miles.

“A single violation of the jamming prohibition can result in tens of thousands of dollars in monetary penalties, seizure of the illegal device, and imprisonment,” the Federal Communications Commission said in a statement in 2011.

Related Coverage
In the Age of Drones, Who Owns the Sky?

Last year, the Chinese firm C.T.S. Technology was fined a record-breaking $34.9 million for marketing over 300 different types of frequency jammers that targeted cellphones, GPSs, and other devices.

Of course, cellphones and drones operate on different frequencies, and it’s possible that a signal jamming device could one day be customized to only affect drones within a controlled area, but it would be such a niche product that it will likely exist only in theory for now.

But there is no shortage of other means to remove pesky drones that buzz in the way of fire relief airplanes. A clean, mess-free way to pull a drone out of one’s path is to fly another drone over it with a net, capturing the drone and pulling it out of the way.

Lasers can also do the trick, although the technology isn’t highly mobile at the moment. A German missile company has successfully built a laser that can zap drones out of the sky within a range of 1,500 feet.

Shotguns have also been effective for drones at approachable altitudes, and for drones flying higher than what can be shot from the ground, strapping a gun to another drone could do the trick.