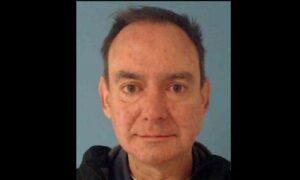 Firefighters were held hostage by a gunman inside a firehouse in Elkins Park, Penn., according to reports on Tuesday morning. The suspect was later arrested and taken into custody.

Three firefighters were held hostage in all. The suspect was identified as a former firefighter, but his name was not disclosed.

It was around 10:55 a.m. when Cheltenham Police were called out to the LaMott Fire House at Penrose Avenue and Graham Lane in Cheltenham.

The police chief confirms to Action News that there is an armed subject inside of the firehouse holding fire fighters hostage.

Officers entered the firehouse and detained one suspect, a man, according to ABC. It’s unclear if there are more suspects.

According to preliminary reports, there is a hostage situation involving possibly three people.

There are reports of three individuals being held hostage in the building’s basement.

The SWAT team is at the scene.