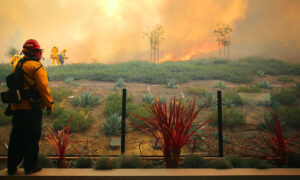 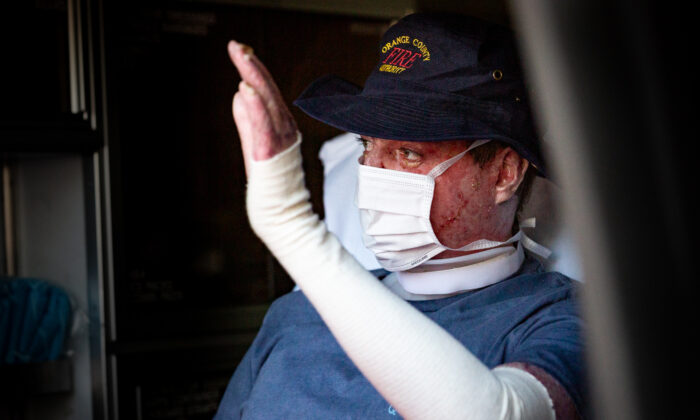 SANTA ANA—One of two Orange County firefighters critically injured during the Silverado Fire near Irvine in October was released from a hospital Feb. 18.

Van Iwaarden, 26, and fellow firefighter Phi Le, 31, were critically injured Oct. 26 while setting backfires to slow the spread of the blaze, which blackened 12,466 acres.

Van Iwaarden underwent 17 surgeries and was placed in a medically induced coma and intubated at one point, according to the Orange County Fire Authority. He will now begin rehabilitation at UC Irvine Medical Center.

Firefighters held a “clap line” for their co-worker, who expressed gratitude for the support he’s received.

“I’m so thankful for everybody being there for me,” Van Iwaarden said. “It was a tragic event, but I’m getting better.”

Van Iwaarden said he was “ready to get going and keep moving on.”

Le was released from the hospital last December. OCFA officials declined to discuss his condition at the request of his family.