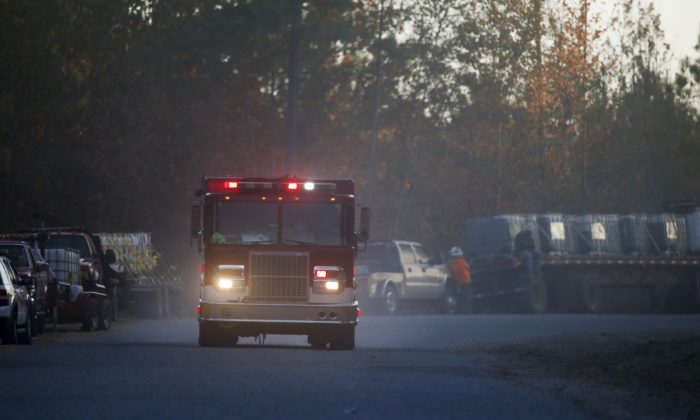 A fire truck drives on River Road near the scene of an explosion of a Colonial Pipeline, Monday, Oct. 31, 2016, in Helena, Ala. Colonial Pipeline said in a statement that it has shut down its main pipeline in Alabama after the explosion in a rural part of the state outside Birmingham. (AP Photo/Brynn Anderson)
US

HYATTSVILLE, Md.—Two Maryland firefighters have been accused of assaulting a female firefighter from another station during a fight over which unit should go first inside a burning home.

Alsobrooks says a unit of firefighters arrived first at the Hyattsville blaze last December, but Kelly, who wasn’t in full gear, blocked the door, preventing them from entering.

The state’s attorney says Kelly hit the female firefighter, knocking her off the porch. The woman tried entering again, but officials said Miller grabbed her and pulled her away.

Alsobrooks described the actions of Kelly and Miller as “reckless, irresponsible and uncalled for.”