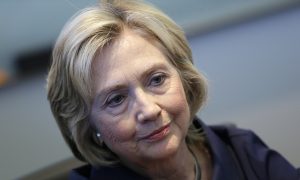 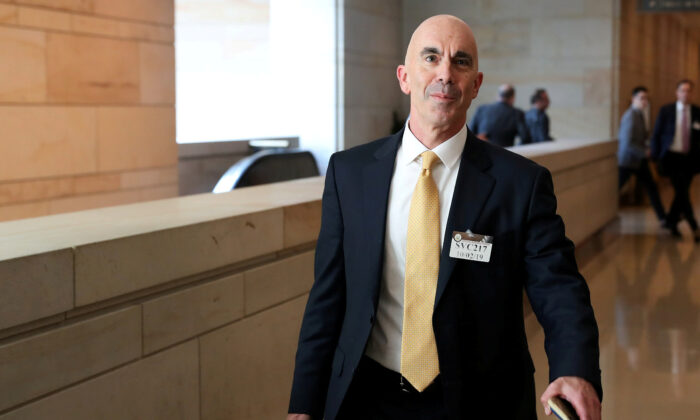 Fired Watchdog Was Looking Into US Arm Sales to Saudi Arabia: Democrats

“I’ve learned there may be another reason for IG Linick’s firing. His office was investigating—at my request—Trump’s phony emergency declaration so he could send Saudi Arabia weapons,” House Foreign Affairs Chairman Eliot Engel (D-N.Y.) said in a statement.

“I am deeply concerned that my understanding is that the Inspector General may very well have been on the verge of completing an investigation into emergency justifications for arm sales to Saudi Arabia,” House Foreign Relations Chairman Bob Menendez (D-N.J.) said during an appearance on MSNBC’s “Andrea Mitchell Reports.”

Engel said lawmakers don’t have the full picture yet but called it “troubling” that Secretary of State Mike Pompeo wanted Linick ousted.

A bipartisan challenge to the firing, which doesn’t take effect until next month, has come forth since it was announced. Several Republicans, including Sen. Chuck Grassley (R-Iowa), are asking for more detailed justification for the move.

And some Democrats are alleging a link between a probe Linick undertook of a $7 billion Saudi arms sale.

Engel had called for that probe after Pompeo in May 2019 invoked a rarely used provision in federal law to bypass a congressional review of arms sales to Saudi Arabia and the United Arab Emirates.

Engel and other congressional Democrats were appalled when Pompeo last year notified Congress of the decision to use an emergency loophole in the Arms Export Control Act to move ahead with the sales in precision guided munitions, other bombs and ammunition and aircraft maintenance support to Saudi Arabia, along with the United Arab Emirates and Jordan, without lawmakers’ approval.

In a letter to Linick, some 26 members of Congress urged him to review the matter, saying there were “dubious grounds” for invoking the emergency.

The law requires Congress to be notified of potential arms sales, giving the body the opportunity to block the sale. But the law also allows the president to waive that review process by declaring an emergency that requires the sale be made “in the national security interests of the United States.”

In his notification, Pompeo said he had made the determination “that an emergency exists which requires the immediate sale” of the weapons “in order to deter further the malign influence of the government of Iran throughout the Middle East region.” He said the transfers “must occur as quickly as possible in order to deter further Iranian adventurism in the Gulf and throughout the Middle East.”

There was precedent for using the emergency exemption for arms sales to Saudi Arabia. President Ronald Reagan invoked it in the 1980s, and both Presidents George H.W. Bush and George W. Bush used it for sales before the 1991 Gulf War and the 2003 Iraq War.

Democrats have called for the State Department to turn over any records related to the firing of Linick.

The White House and the State Department didn’t respond to requests for comment.