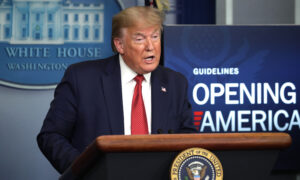 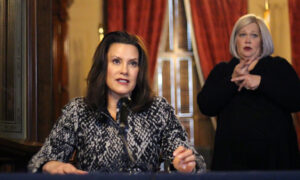 Amid Protests, Michigan Gov. Whitmer Expresses Hope to Reopen State on May 1
0 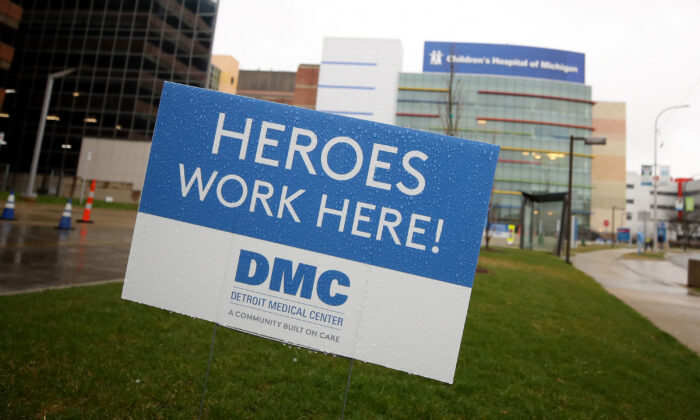 A sign outside the Detroit Medical Center, on April 17, 2020. A parade to support health care workers during the COVID-19 pandemic was held. (Gregory Shamus/Getty Images)
US News

A nurse who got fired from the Sinai-Grace Hospital last month during the CCP (Chinese Communist Party) virus outbreak is suing the Detroit Medical Center (DMC).

Kenisa Barkai—a 38-year-old nurse—posted a 10-second video on Twitter of herself wearing her face mask, hair covering, gloves, and medical gown inside the hospital before treating a COVID-19 patient.

“I’m ready to rock and roll,” Barkai said in the short video. “I’m going in.”

She was fired about one week later on March 28, after the video gained some public attention. The hospital told her her contract was terminated because she violated the social media policy.

However, Barkai maintains she didn’t break any rules, and no information on patients was exposed in the video.

Barkai told the Detroit Free Press the real reason she got fired was because of her previously complaining to supervisors about the hospital’s problems, lack of equipment, and staffing before and during the outbreak, and that she threatened to report issues at the hospital to state authorities.

“We’re just trying to right what was wrong in regards to myself being basically terminated and basically used as a scapegoat to try to keep my co-workers quiet,” Barkai said. “We were already struggling to manage and when COVID came about, it just made it a lot more dangerous.”

Barkai, who is also a single mother of a 7-year-old son, said the hospital terminating her contract left her without health insurance for both herself and her son.

In her lawsuit, she seeks a jury trial and at least $25,000 in damages, alleges a violation of Michigan’s Whistleblower Protection Act.

Brian Taylor, the director of communications and media relations for DMC said in an email to the Detroit Free Press the hospital system does not comment on pending litigation.

The Michigan hospital has been a focus in media reports recently during the CCP virus outbreak.

Earlier this month, emergency room nursing staff at Sinai-Grace were told to leave on the night of April 5 after they refused to work and demanded more nurses be brought into their overrun emergency room, health care workers told CNN.

Hospital administrators decided, after four hours of deliberation, they would not be bringing in any more nurses to help and that the nurses could get to work or leave the hospital, a doctor at the hospital said.

“We are disappointed that last night a very small number of nurses at Sinai-Grace Hospital staged a work stoppage in the hospital refusing to care for patients,” DMC Communications Manager Jason Barczy told CNN.

Detroit is one of the hardest-hit cities in the United States by the CCP virus. As of Wednesday, the city counted 8,026 infections and 747 deaths, the state Department of Health and Human Services reported.