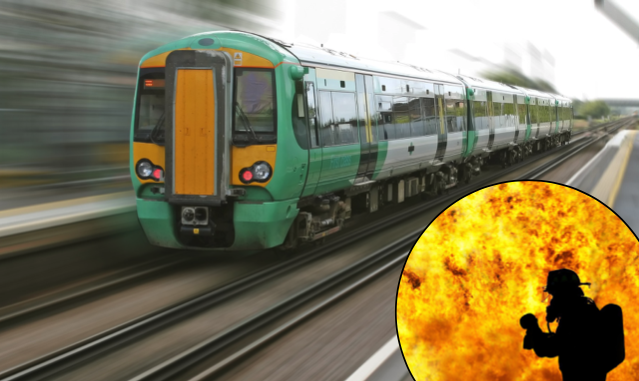 An image symbolically related to the story, which features footage of a train burning at a station in Qingdao-Hangzhou, China. (CC0)
China

Fireball and Smoke Spew out of High-Speed Train at Station

Dramatic footage has emerged of a high-speed train engulfed in flames at a train station in Anhui, China.

Shanghaist.com reported on the incident on Thursday, Jan. 25.

The train was reportedly at a station in Dingyuan County, en route from the city of Qingdao to Hangzhou, when it caught fire.

The incident was captured on video and shared on Chinese social media.

Footage shows smoke billowing and flames bursting through a hole in the side of the train as staff struggle to deal with the blaze.

Red fire extinguishers lie scattered on the ground in the face of the intense flames that had seared a gaping hole in the side of the train.

No casualties were reported and all passengers on board the train were said to have been evacuated and led to safety.

The cause of the fire is under investigation, it is reported, but it is believed to be related to a malfunction in the train’s electrical system.