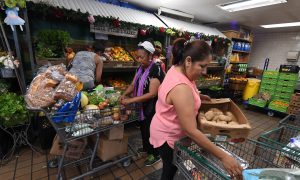 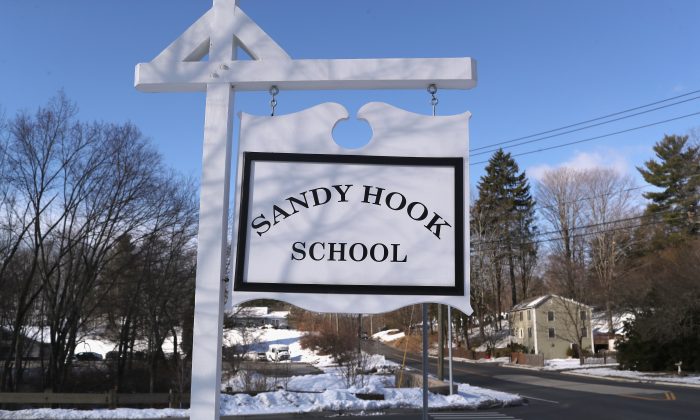 A sign stands near the site of the December 2012 Sandy Hook school shooting in Sandy Hook Connecticut, on March 14, 2018. (John Moore/Getty Images)
US News

Remington Arms Co. is challenging the unusual legal claim that says the maker of a gun used in the 2012 Sandy Hook Elementary School mass shooting should be held liable for what the user of the gun did with it, because the company allegedly directed its marketing efforts at “high-risk users.”

The Madison, North Carolina-based firearms manufacturer filed a petition for certiorari on Aug.1 in the case known as Remington Arms Co. v. Soto, asking the Supreme Court to review a Connecticut Supreme Court ruling from March that allowed a wrongful death lawsuit brought by families of the victims to move forward.

By coincidence, the request came days before a pair of high-profile mass shootings dominated news cycles. A gunman killed at least nine people and injured another 27 in Dayton, Ohio, on August 4 before being killed by police. The day before, a gunman killed at least 21 and injured 26 at a Walmart store in El Paso, Texas. The killings have prompted calls for stronger gun control measures by those competing for the Democratic Party’s 2020 presidential nomination.

Years before that, Remington came under attack from gun control activists after the public learned that mass killer Adam Lanza used one of Remington’s Bushmaster XM15-E2S guns, a .223-caliber AR-15-style semiautomatic rifle, in a five-minute shooting rampage that left 26 people—20 of them young children—dead at Sandy Hook Elementary School in Newtown, Connecticut, on Dec. 14, 2012.

The lawsuit was brought by a survivor and families of nine Sandy Hook victims, who argue that Remington should bear partial responsibility for the massacre.

The trial court rejected the lawsuit, but it was reinstated in March by the Connecticut Supreme Court. That court found by a vote of 4 to 3 that the company can be sued over its allegedly reckless marketing practices under a Connecticut state law.

The families in the lawsuit claim Remington “recklessly” marketed its products. Josh Koskoff, one of the families’ attorneys, said after the state Supreme Court ruling that his clients’ “goal has always been to shed light on Remington’s calculated and profit-driven strategy to expand the AR-15 market and court high-risk users, all at the expense of Americans’ safety.”

Standing in their way is a 2005 federal law, the Protection of Lawful Commerce in Arms Act (PLCAA), which Congress passed to beat back a series of lawsuits attempting to hold firearms manufacturers and sellers legally responsible for harms caused by third parties (including criminals) misusing firearms.

There is a “predicate exception” provision in the PLCAA that allows lawsuits against gun makers or sellers if they “knowingly violated a State or Federal statute applicable to the sale or marketing of [a firearm or ammunition],” and the violation can be linked to the harm suffered by plaintiffs.

Remington argued in its petition that the exception does not apply in this case and cited a congressional report warning that the flood of litigation unleashed by politicized legal warfare against Second Amendment rights would put the firearms industry “in danger of being overwhelmed by the cost of defending itself.”

The petition also stated that “the manufacture, importation, possession, sale, and use of firearms and ammunition in the United States are heavily regulated by Federal, State, and local laws,” reciting the “findings” section of the PLCAA.

“The possibility of imposing liability on an entire industry for harm that is solely caused by others is an abuse of the legal system, erodes public confidence in our Nation’s laws, threatens the diminution of a basic constitutional right and civil liberty, invites the disassembly and destabilization of other industries and economic sectors lawfully competing in the free enterprise system of the United States, and constitutes an unreasonable burden on interstate and foreign commerce of the United States.”

Such abusive lawsuits “are based on theories without foundation in hundreds of years of the common law and jurisprudence of the United States and do not represent a bona fide expansion of the common law.”

“Such an expansion of liability would constitute a deprivation of the rights, privileges, and immunities guaranteed to a citizen of the United States under the Fourteenth Amendment to the United States Constitution.”

Amid falling sales and large debts, Remington filed a Chapter 11 bankruptcy petition in March 2018, which allowed it to continue operating while drawing up reorganization plans. It successfully emerged from bankruptcy later the same year.

The entire firearms industry has been in a slump lately, with sales falling 6.1 percent in 2018, according to National Shooting Sports Foundation data reported in January. Gun sales were booming while Barack Obama was president amid fears of new gun control laws, but promptly dipped after pro-gun rights candidate Donald Trump was elected president in November 2016.