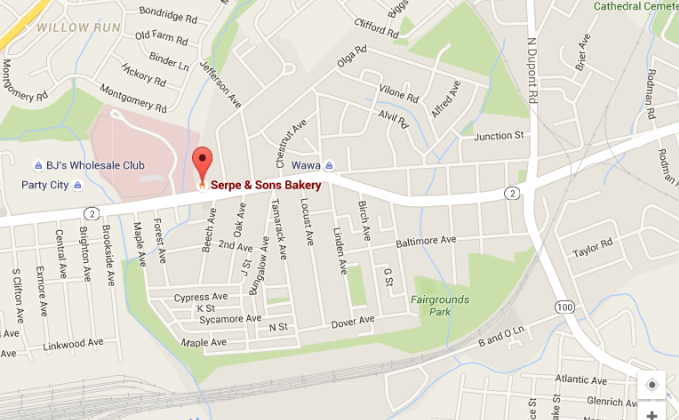 A fire severely damaged Serpe’s Bakery in Elsmere, DE on the bakery’s busiest day of the year.

The bakery, also known as Serpe and Sons, was ordered to be evacuated by dozens of firefighters who rushed to the scene to battle the blaze.

The fire started just after 6 p.m., with the cause of the fire not yet clear, reported Delaware Business Now.

Serpe’s the bakery across the street from me burned last night. pic.twitter.com/dOa8LjubgO

Serpe’s was first established in 1952 by Domenico and Lucille Serpe in Wilmington before the couple moved the bakery to its current location off of Kirkwood Highway in 1964.

Christmas Eve is the busiest day of the year for the family-owned shop, with approximately 1,000 orders to fill for customers and restaurants, but nobody was in the building at the time because the bakery had closed for the night.

The building was severely damaged, with Dominic Serpe telling The News Journal that the loss will be “pretty substantial.”

Firefighters ordered an emergency evacuation at one point because the roof was threatening to collapse, according to a firefighting forum alert.

People were mourning what happened, with one Facebook user commenting: “So sad … a Delaware custom/tradition for so many families.”