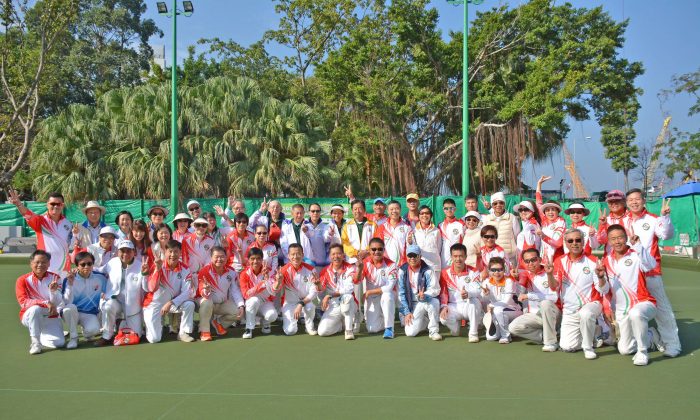 HONG KONG—In 2006 the Fire Services Department hosted the 9 th World Firefighters Games in Hong Kong and it also ignited some firefighters’ long term affection to the sport of lawn bowls.

As the governing body has included bowls as one of the sports in the international sport event for firefighters around the world, the administration of the Fire Services Department decided to form a team to compete in it. Despite bowls has had a long history in the territory, it was pretty much unknown to the firefighting community so external assistance was sought.

Senior official Li Chun Kit, who was assigned to take on the task, recalled what happened then, “As we didn’t know much about lawn bowls at that time, we called upon the Hong Kong Lawn Bowls Association for help. They provided us with specially designed training courses and assisted in the organisation of the competition.”

Around 20 firefighters were trained and they did really well in the competition, winning gold medals in the pairs and fours disciplines.

The FSLBC started their voyage in the lowest division in 2006. They became divisional champions in the Premier League three times and played as high as Division 3 for a year. Currently they have two men’s teams, playing in Divisions 4 and 8, and a ladies team playing in Division 3.

The goal of the team is to continue promote the sport of bowls to the staff of Fire Service Department, according to convenor Li Chun Kit, “Currently we only have slightly more than 40 active players and this is really tight for three teams.  As our players need to work on shift, sometimes we may not have a full team for league games so we need a bigger pool of players. This is essential for us to grow our Club and achieve better results. We will continue to organise introductory sessions for our staff to try to attract more players.”

The 10th anniversary was celebrated in the form of an invitational tournament on New Year’s Eve at FSLBC’s home green of Victoria Park. They invited City Lawn Bowls Club and Victoria Lawn Bowls Club, the two clubs who shared the same home green with them, as well as Hong Kong Lawn Bowls Association members to play in the tournament.

This week in lawn bowls

The Triples League restarts on Saturday Jan 7, after the end of year break, with matches commencing at 2:30pm at all lawn bowls greens in Hong Kong.