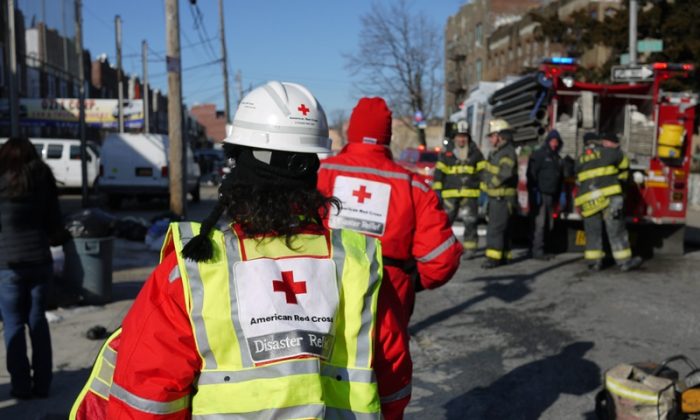 Fire in the House: Help Keep Your Loved Ones Safe

Last week, the American Red Cross was at the scene of a horrific Queens fire in which two young boys perished, devastating a family and shaking an entire community.

Unfortunately, wrenching scenes like this occur on an alarming basis in the New York City area. Every day the Red Cross volunteer workforce races to up to 25 home and apartment fires, aiding our neighbors who may have just escaped with their lives and lost everything. Too often, we meet families who painfully realize how common the threat of fires are in this region, and that there are steps that can be taken to help minimize the tragic impact of a home fire.

While the Greater NY region is the busiest for the Red Cross, our mission leads us to approximately 70,000 emergencies every year across this nation, the vast majority of which are fires. Sadly, each day in the United States, seven people on average lose their lives as a result of these tragedies.

These disturbing figures are why the Red Cross has recently launched a national campaign to reduce deaths and injuries from home fires by as much as 25 percent over the next five years. The campaign in particular seeks to increase the use of smoke alarms in neighborhoods that are fire prone and encourage families to create and practice fire-escape plans.

This fire prevention effort comes at a time when a new Red Cross national survey shows that many Americans have a false sense of security about surviving a fire.

For example, many people believe they have as much as 5 to 10 minutes to escape a burning home, when in fact fire experts agree that people may have as little as 2 minutes before it’s too late to escape.

Nearly 7 in 10 parents (69 percent) believe their children would know what to do or how to escape with little help. Yet the poll showed few actions had been taken that would support parents’ high level of confidence in their children’s ability to escape a fire. It noted these facts:

At the Greater NY Red Cross, we want to change perception and motivate our neighbors to take action. Partnering with local fire departments and area community groups, we will work to provide lifesaving tools and resources to help our most vulnerable communities.

We call on everyone to take two simple steps that can save lives: Check existing smoke alarms and practice fire drills at home.

There are several other actions people can take to increase the chances of surviving a fire:

This planning becomes particularly urgent as winter approaches, and we see a spike in home fires, many resulting from unsafe heating methods. The Red Cross urges extreme caution when using space heaters, candles, or fireplaces to keep warm. Never leave them unattended, and never use a stove or an oven to help heat your home.

In late August, I held the hand of a heartbroken Manhattan mom whose promising young daughter had perished in a fire. This story of grief, which sadly we hear all too often, could be your story. Get informed and take action to keep your loved ones safe.

Josh Lockwood is the CEO of American Red Cross Greater New York Region. For more on fire safety and how you can join the Red Cross in this effort, visit www.redcross.org.