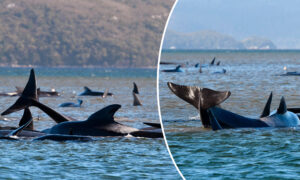 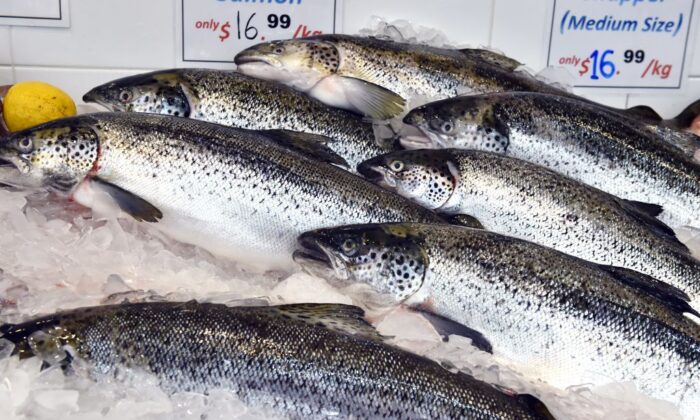 Salmon for sale at the Sydney Fish Market in Sydney. PETER PARKS/AFP via Getty Images
Australia

Around 52,000 farmed salmon have escaped into the wild after a fire broke out at Huon Aquaculture, a Tasmanian fish farm in the south of Hobart on Nov. 23.

“We are estimating that we have lost between 50,000-52,000 four kilogram fish,” Huon Aquaculture CEO Peter Bender said.

Investigations into the fire are ongoing, with a third of the pen currently damaged above and below the waterline.

“We have electrical equipment on our pens, but in 35 years of farming we have never had an electrical fire on a fish pen, so the cause has baffled us,” Bender said.

Bender was confident that the mass escape would not impact or harm native marine fauna, citing a 2018 Institute for Marine and Antarctic Studies report focused on escaped farmed fish.

“Farmed salmon generally don’t appear to feed on native species as they are typically used to feeding on fish pellets,” Bender said.

The company has informed the Department of Primary Industries, Parks, Water and Environment (DPIPWE) in Tasmania.

“Operators in this region are required to report any fish escapes in excess of 500 fish, and Huon advised the Department later that day that as a result of the damage to the pen between 50,000 and 52,000 fish were lost,” DPIPWE told The Epoch Times.

“DPIPWE are currently working with staff from IMAS (The Institute for Marine and Antarctic Studies) regarding any relevant research that could be undertaken in relation this fish escape”.