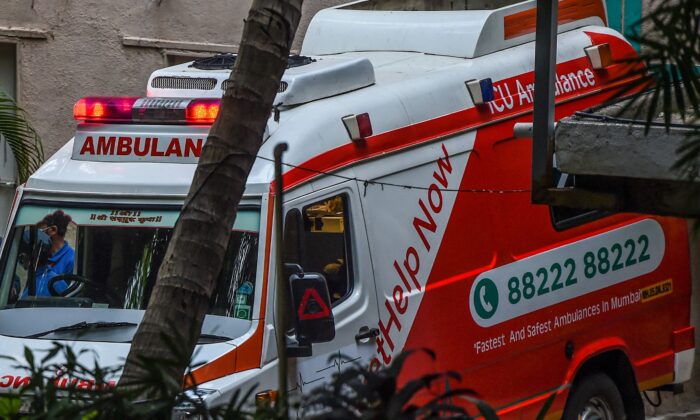 An ambulance in Mumbai, India, in a file photo. (Punit Paranjpe/AFP via Getty Images)
India

The fire was caused by a short-circuit in an air conditioner in one of the apartments, Mumbai Mayor Kishori Pednekar said.

Residents said the fire started on the 15th floor and a big column of black smoke soon enveloped the building. More than 90 people escaped the building on their own or were helped by neighbors, they said.

Ganesh Purnaik, a spokesman for the city government, said the fire left six people dead and 15 hospitalized with injuries.

Four of the injured were in critical condition, said police officer Saurabh Tripathi.

Pednekar said some of the injured needed oxygen support because they had inhaled smoke.

Fires are common in India, where building laws and safety norms are often flouted by builders and residents.

In August, a fire killed eight coronavirus patients at a hospital in Ahmedabad, a major city in Gujarat state. In December 2018, a late-night fire in a Mumbai restaurant killed 15 people.