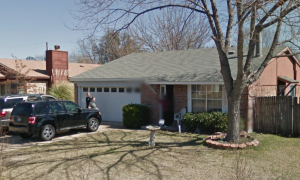 Man Saves Fiancé, Her Family From Fire on Christmas, Then Collapses
0 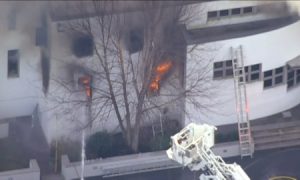 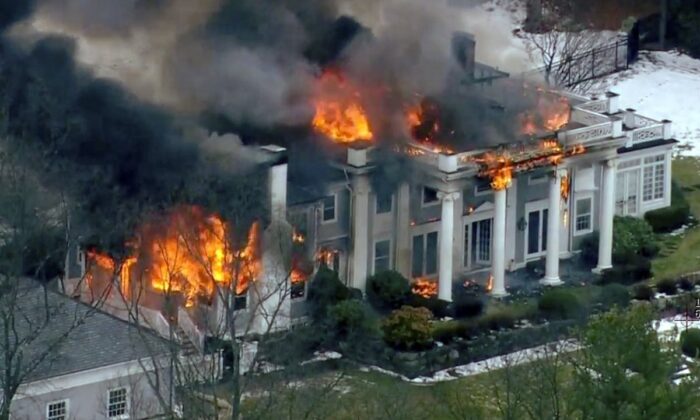 A Massachusetts mansion that was once the home of a descendant of two U.S. presidents was destroyed in a fire on Dec. 27.

Concord Fire Chief Thomas Judge said in a Saturday press release that the department responded to the fire after receiving a call Friday at 9:37 a.m. from a caretaker at the mansion.

Firefighters “began an aggressive attack” on the first floor, but the heavy fire inside the home forced crews outside to take on a defensive attack, Judge said. The devastating fire required additional manpower and more than a dozen local fire departments arrived to assist, he said.

A large volume of smoke and discolored water was apparent in the area during the fire, according to the Concord Police Department.

Firefighters remained at the scene for nearly six hours to extinguish hot spots and work on demolition of the property to aid in the investigation, according to Judge.

The cause remains under investigation, Judge said. Firefighters were hampered by a lack of water as the house is in a private residential neighborhood that does not have fire hydrants. Water tankers were required to bring water for firefighters to battle the blaze.

Judge said the neighborhood is served by a small-diameter potable water service that was installed in the 1920s and is fed by a common private water supply.

“I commend the work of our firefighters in dealing with this massive fire yesterday and through the night, and thank the numerous departments that provided local aid,” Judge said.

A dollar amount of property loss has not been released, but Judge said the house is a total loss. CNN affiliate WCVB reported Saturday that demolition of the charred remains of the building was underway.

The home is approximately 1 mile from the Sudbury River. Built in 1897, the 6,508-square-foot custom colonial property is on a 12.81-acre lot. The five-bedroom home was last valued at $2.91 million per the Concord online assessment database.

Charles Francis Adams III, born in 1866 in Quincy, was a lawyer, businessman, government official and philanthropist, according to Encyclopedia Britannica. He practiced law in Boston and was elected to serve as treasurer of his alma mater, Harvard College.

During his tenure Adams helped boost the university’s endowment from $15 million $120 million, leaving the school in stable financial condition at the onset of the Great Depression. President Herbert Hoover then appointed Adams Secretary of the Navy in 1929, according to Naval History and Heritage Command.

The home, which passed through several owners over the years, was sold to its current owners, Kathleen and Andrew Meyer, in 1982 for $410,000, according to a deed via Massachusetts Land Records. Andrew Meyer declined to comment when reached by CNN.

The couple was not at home when the fire began nor were any firefighters injured, Judge said.