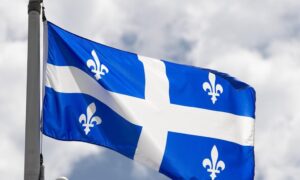 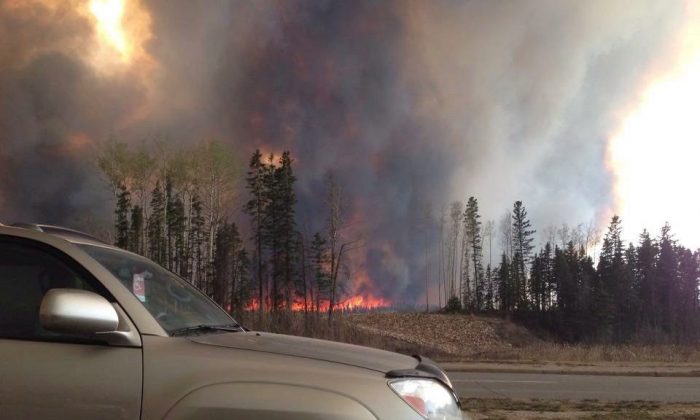 Smoke fills the air and trees burn in Fort McMurray on May 3, 2016. (The Canadian Press/Kitty Cochrane)
Canada

Jamie Coutts’ harrowing experiences in Alberta five years ago are serving him well as he helps battle wildfires that have devastated entire neighbourhoods in Fort McMurray.

The fire chief from Slave Lake, about 250 kilometres northwest of Edmonton, fought so-called “wildland-urban interface” blazes as they ravaged his community in 2011.

They start in the bush before spreading into populated areas, requiring a particular approach if they are to be extinguished.

Coutts’ 10-person fire crew spent much of Wednesday, May 4, protecting homes, buildings, and other infrastructure in Fort McMurray by clearing grass and trees away from houses adjacent to the devastation zone.

He said it’s critical to douse charred homes and structures, known as “hot spots,” in order to ensure embers don’t get pushed by the wind into houses initially saved from the flames.

“We came in [Tuesday] before the fire blew out of control,” Coutts said in an interview during a short break from battling the blaze.

“We brought a sprinkler trailer from [Slave Lake] and we just happened to be here when things got tough, so they asked us to stay.”

As wildfires move from isolated forests into communities, everything changes.

In the forest, a fire is fed by trees, grass, and undergrowth. When the flames reach an urban centre they are instead fuelled by cars, homes, decks, and fences, which are far more toxic and catch fire more quickly.

As wildfires move from isolated forests into communities, everything changes.

Rick Swan, director for wildlands firefighting at the International Association of Firefighters, said one leading cause of urban fires spreading out of control is that one structure often provides the spark for another to go up in flames—a process that is then repeated over and over.

“There is a lot more heat and energy available in a small [urban] square foot [than in the forest] and you have to put out a lot of embers and that’s going to cause you the most problems,” he said.

“The embers sit and seep and you can come back a couple of hours later and three houses that were safe on a block are now up in flames,” Swan said.

About 1,600 structures in the evacuated oil hub of Fort McMurray have already been torched.

Aside from dousing hot spots and clearing away flammable material from untouched homes, firefighters will clear strips of forest surrounding buildings to lessen the available fuel for the fire as it approaches.

Firefighters will also set up sprinkler systems around homes to moisten the land in order to prevent the structure from catching fire.

Sometimes blazes are so strong during the day that firefighters need to wait until evening and nighttime to make up for lost ground, when the air is filled with more water and there is less sun and wind.

But the paradox is that while nighttime presents better conditions for fighting fire, it’s also more dangerous.

“What happens is your boot goes into an ash pit two feet deep and you get burned,” Coutts said. “Or a tree falls on you because you can’t see.”

And although the flames weren’t as strong Wednesday as they were a day before, Coutts hesitated before saying things were getting better.