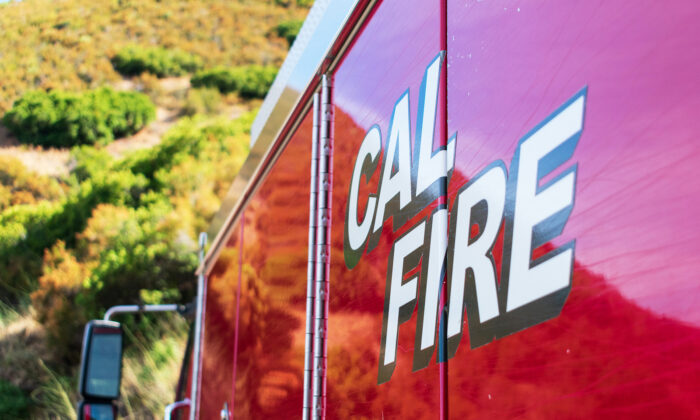 The logo of California Fire Department is seen in a file photo. (Dreamstime/TNS)
Northern California

SALINAS, Calif.—Firefighters contained a massive blaze at a central California food processing plant that prompted authorities to tell thousands of nearby residents to evacuate Thursday and to order tens of thousands more to stay inside their homes.

The fire started Wednesday night at the Taylor Farms packaged salad plant in Salinas, about 110 miles south of San Francisco.

The flames were under control by late morning Thursday, but the shelter-in-place and evacuation orders remained while hazardous materials crews worked the scene, said Sophia Rome, a spokesperson for the city of Salinas.

Authorities initially said they feared the fire could generate an explosion and a plume of hazardous ammonia, but the Salinas Fire Department said later that those threats appeared to be minimal.

About 2,700 people living closest to the plant were told that they should evacuate, while 35,000 more were ordered to shelter inside their homes, the Monterey County Office of Emergency Services said in a statement.

Those staying home were told to shut windows and to turn off ventilation systems “until further notice,” the statement said. The shelter-in-place and evacuation orders were finally lifted at about 1:30 p.m.

Officials said some people evacuated after the fire was reported at 7:15 p.m. Wednesday. Officials did not say what caused the fire.

A woman who answered the phone at Taylor Farms in Salinas told a reporter seeking comment to call back later for information.

Salinas has a population of about 160,000 people and is in a key agricultural region.