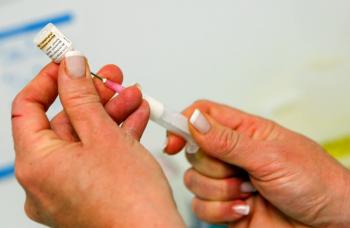 Six cases of narcolepsy, a chronic disorder causing excessive daytime sleepiness and extreme fatigue, have been reported after patients had been receiving the Pandemrix vaccine.

Six cases of narcolepsy is consistent with annual averages, reports THL, but all of these patients were affected after being vaccinated, and there are nine additional cases that have not yet been confirmed.

The precautionary measure will take effect until the actual cause of the current health issue can be established. Preliminary results of the investigation will take several months to be known, says the THL.

“A number of different reasons may be behind the observed rise in the incidence of narcolepsy: A(H1N1) infection, vaccination, a compound effect of infection and vaccination, or some other factor entirely. Infections in general are known to cause narcolepsy,” said a THL press release.

In Sweden, the Medical Products Agency started a similar investigation on Aug. 19 for the same reason. Sweden has bought 18 million doses of the vaccine, sufficient for everyone in the country to have two injections. In Europe, about 30 million people have been vaccinated, and worldwide at least 90 million.

Last winter, 29 million children in the United States were given a seasonal influenza shot that incorporates the swine flu vaccine, but according to Tom Skinner, press officer of Centers for Disease Control and Prevention, narcolepsy associated with the vaccine has not been reported.

According to Marjo Renko, chairwoman of Finland’s national group of experts on vaccines, a substance was identified as possibly cause narcolepsy, but later denied it.

“There is no proof that the increase in narcolepsy would be linked with the vaccines. We do not suspect anything. This is mere speculation,” she said, according to Helsingin Sanomat.