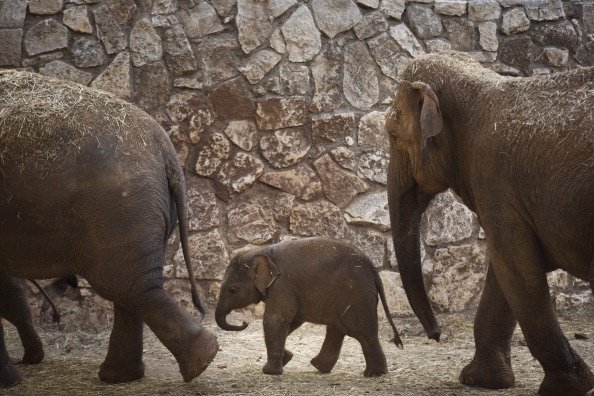 Find the Age of an Elephant from its Call

In a paper recently published in journal Bioacoustics, the researchers explained how they were able to identity with 70 percent accuracy infants, calves, juveniles, and adults of the elephant species based on their vocal sounds. Moreover, they were also able to differentiate between young elephants (infants and calves) and adult elephants with 95 percent accuracy.

The sound property that was most useful for identifying the age of elephants was the overall frequency of the call, which is not surprising as the vocal frequency decreases with age and size.

The research involved statistical analysis of the frequency patterns of calls sounds made by different elephants. However, since identifying the particular elephant in the herd that was making the call can be extremely difficult, the researchers had to constantly monitor the subjects and make note of when they opened their mouths or made other signs of calling.

The other challenge faced by the researches was executing an automated extraction of the fundamental or lowest frequency of each periodic waveform in an audio signal. Since noise tends to mask the frequency contours, it wasn’t easy to detect and track the fundamental frequency.

Elephants are amongst the most vulnerable species on earth. Not only are they hunted down worldwide by poachers for their valuable tusks, but they also face threats due to habit loss and the resultant human-elephant conflict, and also human disturbances. Hence conservations are always on the lookout for new and improved methods of tracking and monitoring elephant populations.

One of such innovating method is the use of sound recordings, which is not only an efficient way to sample populations and obtain estimates of species occurrence and potential abundance, but it is also more cost effective than the invasive satellite tracking and global positioning system (GPS).

Moreover, acoustic monitoring is ideal for elephants because of the characteristic infrasonic sounds, called ‘rumbles’, that elephants make to communicate over long distances. Inaudible to the human ear, these sounds have the capacity to travel up to several kilometers afar, even in dense forests. While it has long been known that such sounds could be used to count elephants, the recent research has shown that the age of individual elephants can also be determined for these sounds.

“That elephants produce these incredibly low frequency sounds that travel across many kilometers is amazing enough. But what’s even more amazing is that these sounds can be used to assess not just the number, but also the ages of elephants over large distances. That’s a powerful tool for conservation, and one that’s less invasive and more cost effective than other methods such as radio-tagging,” commented Andrew Horn, American Editor of Bioacoustics, Dalhousie University, Canada.

So imagine, the next time an elephant sound is recorded and observed, it can be easily identified as that of a furious tusker heading towards a farm land or a human inhabited area. The people living in the vicinity can be informed before any harm is done to them or the animal. It is definitely a research that needs attention to resolve growing man-elephant conflicts in a peaceful manner.