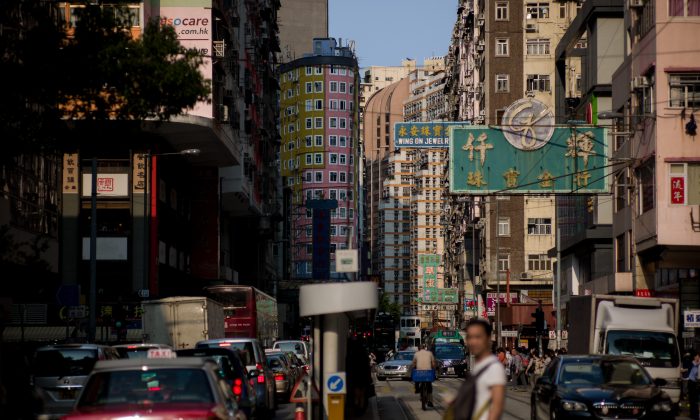 China is an economic giant; this cannot be disputed. What can be disputed is the desire of economic commentators to move it past the United States to the rank of No. 1 economy worldwide.

This week, the Financial Times (FT) came out with a piece saying China will overtake the United States as the world’s largest economy by the end of 2014.

They cited interesting research by the International Comparison Program launched by the World Bank.

To put it simply, the World Bank analysis uses the concept of Purchasing Power Parity (PPP) to compare the relative sizes of economies, instead of just dividing, for example, China’s gross domestic product as measured in yuan by the current exchange rate with U.S. dollars (currently, $1 = 6.26 yuan).

Because exchange rates are influenced by factors other than trade or domestic production and consumption (capital flows and speculation for example), they distort the actual consumption and production picture of a local economy—the true reflection of a country’s wealth and economic power.

Through a complicated series of statistical adjustments, the World Bank’s PPP analysis remedies this situation and calculates the relative sizes of different economies using a unified exchange rate. The result of the analysis is that lower income consumers in developing countries can actually buy more products at local prices because they are cheaper as well.

Devil in the Details

But here the problems begin with the piece in the FT, which broadly reflects mainstream opinion that China is rising and the United States is declining.

First, it is impossible to determine when China will overtake the United States, until the World Bank does another study in a couple of years. To find out why, let’s go to the bank’s original report:

“Changes in the volume indexes between reference years are thus due to changes in relative price levels as well as changes in relative volume levels. As a result, the rates of relative growth derived from the indexes are not consistent with those obtained from GDP volumes estimated by the economies themselves.”

In other words, the statisticians are telling us that we cannot compare apples to oranges, and that the complex purchasing power adjustments on a relative basis between economies cannot give us real growth figures for the size of the economy. They just provide a snapshot in time.

If we are interested in relative growth, we can use what the statistics departments of the United States and China tell us.

Here the FT gets ahead of itself by assuming the faster Chinese GDP growth in yuan compared to the U.S. GDP growth in dollars since 2011 will make up the 13 percent difference in the GDPs calculated according to the PPP methodology.

This is comparing apples to oranges because growth rates derived from the individual GDP accounts of China and the United States do not reflect the relative price and volume adjustments from the PPP method, which always represents only one snapshot in time.

Another factor omitted by the FT in its analysis was the matter of the huge sampling errors admitted in the World Bank report itself.

“[The] margin of error can rise to plus or minus 15 percent for economies that differ widely in their price and economic structures. This should be kept in mind when using, for example, the PPPs of the United States, China, India, and Brazil to compare the countries not only with each other but also with those of more disparate economies such as most of the African economies.”

Fifteen percent! Of course, those margins could go either way, meaning that China is possibly already in the top spot, or that it will take at least another 5 years to get there. The point is: You cannot make any definitive conclusion.

Another important problem with the PPP methodology is that it cannot measure quality accurately. Granted, neither can the exchange rate method, but this point is worth noting.

While consumers might be able to purchase more of the same product in China for less money, they will also likely get much lower quality. Conversely, if they want to get the same quality product in China, it might not exist or they might have to pay a much higher price to get it.   On the matter of when the Chinese economy will overtake the U.S. economy as the world’s largest, only time will tell. But if we are going to base our comparison on purchasing power parity, we will need to wait a couple years until the World Bank comes out with its next report.