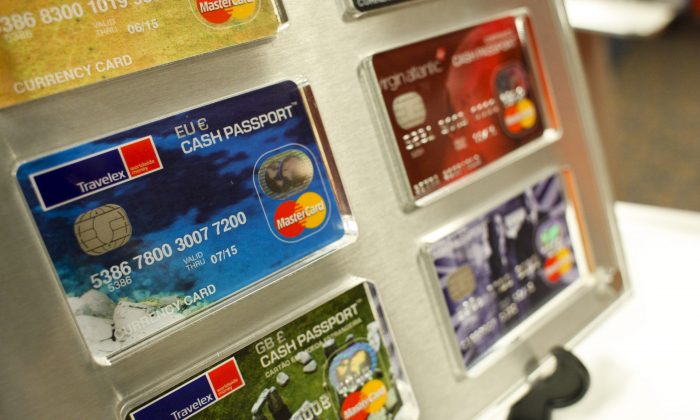 So far, the West’s reaction to Russia’s annexation of Crimea has been rather chivalrous. Freeze a few assets here, travel restrictions for a dozen people there, and of course have Visa and MasterCard stop providing services for a few Russian banks.

Putin then said Russia will explore launching its own credit cards, similar to Japan’s JCB and China’s UnionPay. Nice try. While these two companies have pretty good traction in their home market, they are dwarfed by American plastic.

According to an analysis by research firm Nilson, MasterCard processed more than $8 trillion of the world’s credit card transactions in 2011. Visa came second at around $3 trillion and UnionPay third with a little more than $2 trillion. The reason: MasterCard and Visa are accepted everywhere in the world, where the other two are pretty much local only.

Either way, banning a few Russian banks from processing Visa or Master for a while or Russia launching its own alternatives won’t change a lot in the grand scheme of things. However, the direction where this conflict is going is interesting.

The Nuclear Option
International payments between banks are processed via the Society for Worldwide Interbank Financial Telecommunication (SWIFT), a little known member-owned cooperative based in Belgium.

If you have ever sent an international wire transfer, you will likely have entered a so-called Business Identifier Code, or BIC in short. It is part of SWIFT’s system for processing payments.

Despite its opaque existence, this organization has the power to completely cut off banks from its network, preventing them from receiving and makingpayments in foreign currency—a financial death sentence.  The good news: until now, the West has almost complete control over it and
theoretically could use this nuclear option to exert power.

How? SWIFT said it is member-owned, so that means foreign banks also have a part. But if one looks at the location of its headquarters (Belgium) and the composition of its executive committee (four Belgian, three American, two Dutch, and one Spanish) it becomes pretty clear that Russians and Chinese don’t have much of a say.

Why Not Use It?

So if this power rests in the hands of the West, why has no Western leader ever threatened to use it? That’s because it is the financial markets equivalent of the nuclear bomb. You only want to use it if there is no other alternative.

And while the West and Russia both have nuclear weapons in real life, so far only the West controls this financial weapon of mass destruction. Putin’s credit card plan might very well just be the first step of getting even in this arena as well.