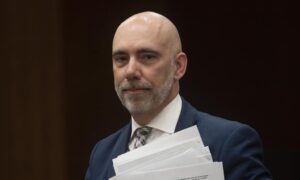 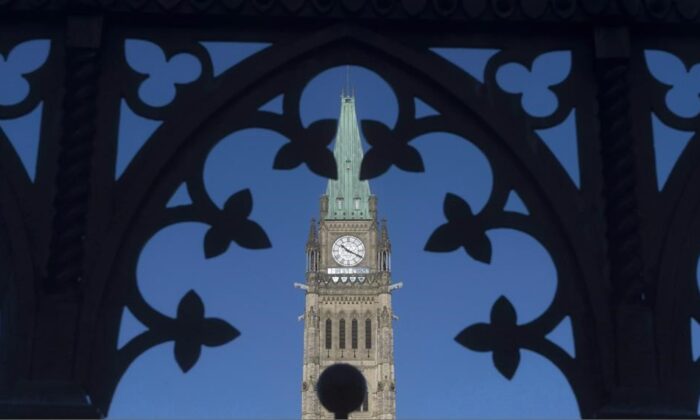 The Peace Tower is framed through a gate on Parliament Hill in Ottawa on January 21, 2016. (The Canadian Press/Adrian Wyld)
Canada

The early deficit figure for the 12-month period between April 2020 to March 2021 compares to a deficit of $21.8 billion over the preceding fiscal year.

The government says in its monthly fiscal monitor that the deep deficit reflects the extraordinary shift in economic activity and emergency spending in response to the pandemic.

The government said in its April budget that the deficit in the last fiscal year would be $354.2 billion, a far cry from the $28.1 billion the Liberals foresaw in late 2019 months before the first wave of COVID-19 in Canada.

The government will report its final deficit figure for the 2020-2021 fiscal year in the fall, which will include end-of-year adjustments as more information rolls on things like assessed taxes.

The Finance Department says other adjustments may include over $7 billion in measures announced in the budget and contained in the budget bill currently making its way through the legislative process in the House of Commons.

The fiscal monitor says program spending, excluding net actuarial losses, ran up to $577.6 billion, a $256.9-billion increase, or 80.1 percent bump, from the $320.7 billion one year earlier.

The federal wage subsidy contributed almost $75 billion to the figure, and benefits for hard-hit workers through employment insurance, the Canada Emergency Response Benefit and its successor the Canada Recovery Benefit cost just over $118 billion.

Revenues were $299.5 billion, a $34.8-billion, or 10.4 percent, drop from the previous fiscal year, driven by a decline in income and sales tax revenues, tax deferral measures, and a wider drop in economic activity.

The monthly fiscal monitor notes the drop is also due to declines in “other revenues,” which includes upfront expensing of the premiums paid by the Bank of Canada on its purchases of federal bonds, and lower profits from Crown corporations.

Public debt charges declined $4.1 billion, or 16.7 percent, to $20.5 billion from the $24.6 billion in the previous fiscal year, reflecting what the Finance Department notes was lower interest on pension obligations and lower inflation adjustments on real return bonds.