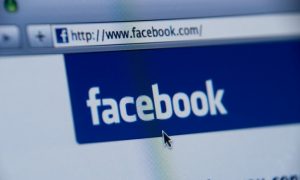 Finally Someone Explains What Our Emojis Mean

Since last week, Instagram users have been able to use emojis as hashtags, as the yellow-colored emoticons increase in popularity. Along with the new feature, Instagram also released its findings on how people use emojis and the hidden meanings of the more vague and subtle symbols, in a report on Saturday.

Hashtags on the social media network, which is owned by Facebook, are often used to search for particular kinds of posts or to attract a viewership beyond one’s followers. Emojis grew popular after Apple added the emoji keyboard to iOS in Oct. 2011, and even more so after emojis became available on most Android platforms after July 2013.

Instagram’s report revealed some intriguing details, like the fact that emojis are most popular in Finland, where people use the symbols in more than 60 percent of all texts on the social media platform. (The United States ranks ninth, at 38 percent of texts, below France, the United Kingdom, Germany, Italy, and Russia.)

The laughing emoji obviously can replace “laugh out loud” and other indicators of laughter, but what does a blonde child resting on his hands with four emphasis lines over his head mean?

It can be associated with “Good morning tho” or “ya digg” or “laughing but very serious,” according to the report.

The most popular emoji is the laughing/crying face but an emoji that resembles Vincent Van Gogh’s “The Scream” painting has shown up in nearly half of all texts this past March.

Related Coverage
Why Too Much Facebook Can Leave You Feeling Down

“The vocabulary of Instagram is shifting…with a decline in Internet slang corresponding to rise in the usage of emoji,” writes Instagram software engineer Thomas Dimson.

Dimson also writes that there will be a part two of the report coming soon, this time looking into how Instagram implemented the hashtags.