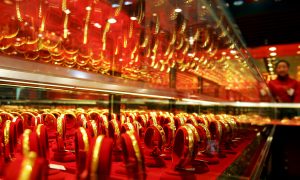 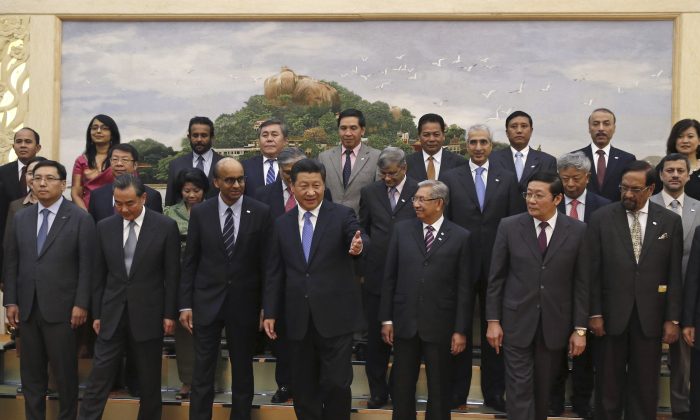 Chinese President Xi Jinping, center, shows the way to guests who attended the signing ceremony of the Asian Infrastructure Investment Bank at the Great Hall of the People in Beijing. China, Oct. 24, 2014. (AP Photo/Takaki Yajima)
Business

When China first tabled the idea of the Asian Infrastructure and Investment Bank (AIIB) in 2013, the entity didn’t even have a website.

Now it does have a website and after a series of secret meetings spanning six months, the public finally knows what China’s banking project is all about.

“The Asian Infrastructure Investment Bank (AIIB) is a multilateral development bank (MDB) conceived for the 21st century,” it states on the website. It will fund infrastructure projects primarily in Asia.

And it will be China’s bank.

China is paying in the most money ($29.8 billion), the headquarters will be in Beijing, the general secretary is Chinese (Liqun Jin), and China will have a veto, although it said not on day-to-day operations, according to documents reviewed by the Wall Street Journal.

The bank is widely seen in the United States as a rival to the U.S.-led World Bank and the International Monetary Fund. China managed to get 57 countries onboard, including European allies.

Germany will be the biggest non-Asian contributor, with $4.5 billion in commitments. It ranks fourth behind China, India ($8.4 billion), and Russia ($6.5 billion).

Here are some key differences from other similar established institutions:

So it looks like China’s challenge to U.S.-controlled institutions is well underway. But why did it go to the trouble of doing this?  The easy answer is that China wanted more power at the IMF and World Bank and needed a credible threat to achieve that—despite claims it is not trying to establish yuan hegemony.

However, talk is cheap and China is establishing all the institutions to emulate the established Bretton Woods system of monetary order.

It remains to be seen what China’s ultimate goal is, but with the credible threat established, China will almost certainly have more influence at the IMF at the end of the year, whether the United States likes it or not.