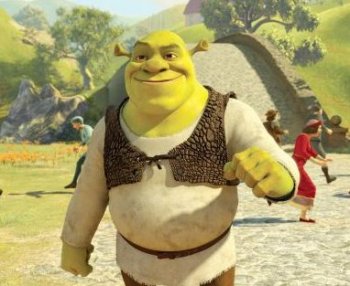 Pictured is the title character in the final installment of the animated film series 'Shrek.' (DreamWorks Animation)
Entertainment

By Helena Chao
Print
“It ain’t ogre til it’s ogre” is a fitting slogan for the last installment of the beloved Shrek franchise. While fans may feel bittersweet about saying goodbye to the lovable hygiene-challenged ogre, Shrek Forever After does a nice job of wrapping up the saga and setting the stage for the spin-off Puss in Boots (coming out in 2011).

The Shrek franchise’s main secret ingredient is its uncanny ability to appeal to people of all ages. There’s something for everyone and it balances perfectly the line between witty and slapstick humor. Building off its hugely successful foundation, this film takes it one step further, making it even more relatable.

The film explores real-life challenges that most people can identify with—adjusting to adulthood and the responsibilities it brings, evolving and changing your personality and dreams, etc.

Shrek, now a bona fide family man and father, becomes increasingly bored with his seemingly mundane life. Each day is like a scene from Groundhog Day, blending into the next. In hopes of reliving his “real ogre” past for a day, he signs a duplicitous pact with the smooth-talking, maniacal Rumpelstiltskin and suddenly finds himself in a “Lost”–esque alternate reality of Far Far Away. Will he be able to get his friends back and return to his peaceful life in the swamp?

Rumpelstiltskin (Walt Dohrn) and a fat, mellowed-out Puss in Boots are the scene stealers, but the larger Shrek family all make memorable cameo appearances, including the Three Little German pigs, Pinocchio, and adorable Gingy (who fights animal crackers Gladiator-style). And who would have thought that Shrek, Fiona, and their children aren’t the only ogres living in Far Far Away? We’re introduced to larger, greener, and meaner ogres, including effervescent Cookie the chimichanga chef (Craig Robinson) and Fiona’s right-hand man Brogan (Mad Men star Jon Hamm).

Shot for the first time in stereoscopic 3-D, Shrek Forever After will awe and inspire, and make you feel like you’re a 5-year-old again. The dynamic, realistic picture-quality truly expands the feel of the film and makes you experience it as if you were one of the characters.

Usually sequels end up disappointing, but this finale ends the Shrek saga on a high note, complete with a great storyline, excellent character building, amazing animation, and lots of heart and humor. I’m counting the days until “Puss in Boots” comes out next year!