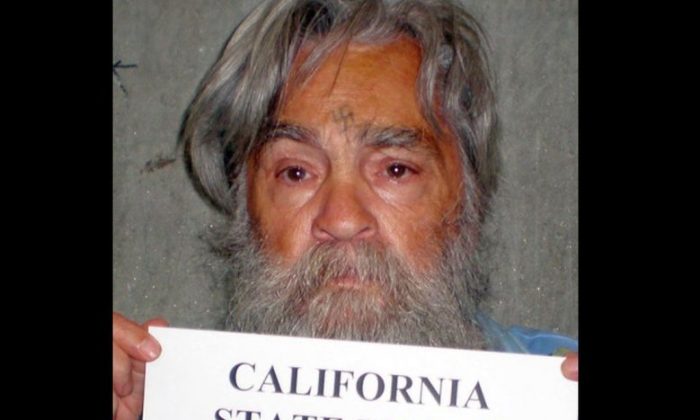 A photo that purports to show Charles Manson on his deathbed while in a hospital was published by two outlets in a possible violation of California state laws related to prisoner’s privacy rights.

The image, according to the Daily Mail, shows Manson, 83, before his death in mid-November. He died of natural causes on Nov. 19.

The picture shows him surrounded by tubes while chained to a hospital bed. He was treated inside a secure room at the Kern Medical Center in Bakersfield, California.

It’s not clear who took the photo or how the Daily Mail or the Daily Mirror—which also published the image—sourced it.

Final photograph of Charles Manson chained to his hospital bed, according to the Mirrorhttps://t.co/9u0aP3gD39 pic.twitter.com/pqj6ZsAXn7

In a report from the Los Angeles Times days after Manson’s death, local law enforcement had declined to comment on his condition, citing state and federal medical privacy laws that prevent the prison “from commenting on protected health information for any inmate in our custody.”

Officials wouldn’t even comment on where Manson was being treated before his death.

According to the California Department of Justice’s website, there is a state provision that “requires certain health facilities to prevent unlawful or unauthorized access to, or use or disclosure of, a patient’s medical information. It sets fines and notification requirements for breaches of patient medical information and requires facilities to report such breaches to the California Department of Public Health.” On the website, it doesn’t mention anything about taking photos.

Manson had been serving a life sentence at the nearby Corcoran State Prison for ordering the murders of nine people, including actress Sharon Tate, according to Reuters.

He was later convicted of ordering the murders of music teacher Gary Hinman, stabbed to death in July 1969, and stuntman Donald “Shorty” Shea, stabbed and bludgeoned that August.

Manson ultimately was brought down by his followers. Susan Atkins told two inmates about the Tate-LaBianca murders while she was jailed in an unrelated killing, then testified to a grand jury before recanting. Prosecutors then persuaded another follower, Linda Kasabian, to testify against the rest of the group in exchange for immunity.

Convicted along with Manson, his three co-defendants, Atkins, Leslie Van Houten and Krenwinkel, also had their death sentences reduced to life terms.

Manson long maintained his innocence, telling Rolling Stone magazine that follower Charles “Tex” Watson was responsible for the Tate-LaBianca killings. Watson was tried separately and is serving a life term for his role in those killings.

Still, Manson seemed resigned to a life of incarceration, ceasing to even attend his parole review hearings after 1997.

“What would I want out for?” he said in a telephone interview with the Los Angeles Times. “This beats an old folks home.”