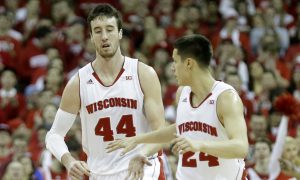 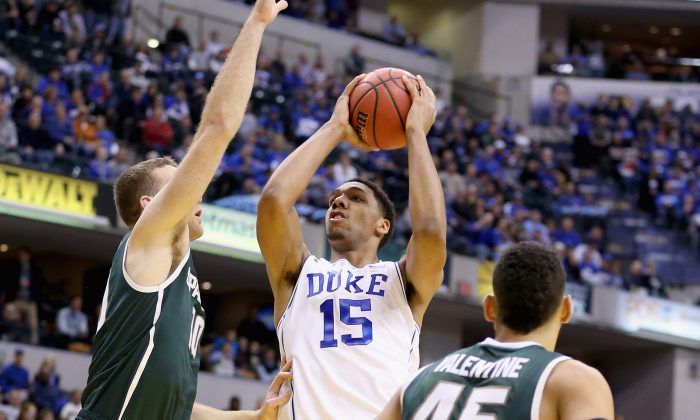 The most-anticipated Final Four I can remember, previous to this one, was in 2008. (FYI, it wasn’t just because my beloved Jayhawks had FINALLY avoided the ridiculous upset bug and won their regional.)

All four top seeds won their regions that year—the first and only time since the field was expanded to 64 teams in 1985 that that happened. The result was four teams with at least 35 wins on the season, going at it on college basketball’s final weekend. To sweeten the deal, three of them—North Carolina, Kansas, and UCLA—were among the few elite, blue-blood programs, with Derrick Rose and Memphis rounding out the foursome.

Even though Kansas got revenge on Roy Williams and Carolina in a heated semifinals matchup, they won going away by 18, while Memphis beat the Bruins by 15. The title game, though, was back-and-forth with Kansas forcing overtime on a miracle Mario Chalmers three-pointer at the buzzer and then winning it in the extra period.

This year, with Kentucky looking at 40–0, Michigan State looking to play Cinderella, and top teams Wisconsin and Duke looking to stop both of them, it’s shaping up to be the best we’ve seen. First up, the semifinals on Saturday. Onto my picks:

The Spartans have an ugly-looking 11 losses on their résumé, but five were overtime defeats (they played eight overtime games), which count the same, of course, but are noteworthy nonetheless. Had they scored one more point in regulation in just three of those contests, they could easily have been a 3-seed with a 30–8 record.

In any case, 9 out of 11 of their losses, in fact, were by 10 points or fewer, and one of them was to Duke way back in November at the Champions Classic.

Let’s get one thing straight about the rematch: No matter how much Michigan State may be underrated with their close losses and how well they’ve played together in this tournament, they still don’t have an answer for Jahlil Okafor—only Kentucky (and maybe Wisconsin) can counter-punch down low with Duke.

The Blue Devils shot 54 percent from the floor the first time around as the freshman Okafor, playing in just his third collegiate game, scored 17 points on 8-for-10 shooting.

As good as Duke was back in November, they’ve improved since. Strangely, it all seemed to happen after Notre Dame beat them in South Bend in late January. The following day, Coach Krzyzewski dismissed reserve guard Rasheed Sulaimon, and instead of wilting with a shorter bench, they inexplicably caught fire beating Virginia that Saturday and started a stretch where they’ve won 16 of 17 games.

Michigan State, with hot-shooting guard Travis Trice leading the way, should make a game of it, but if either Justise Winslow, Tyus Jones, Quinn Cook, or even Matt Jones has a good outing, the Blue Devils should roll.

Kentucky (38–0) over Wisconsin (35–3): Before the tournament started, I wrote that Wisconsin would give Kentucky the most fits and I stand by that. Unfortunately, it still won’t be enough to beat them.

Watching the somewhat-disinterested Wildcats get past Notre Dame’s best effort in the Elite Eight showed just how much better they were than the rest of the country. Even at 80 percent focus, they can beat another contender’s best.

I’ll concede that Notre Dame isn’t No. 2 in the nation, but they just were coming off winning the ACC Tournament and played nearly flawlessly in the second half. Just one Irish turnover after halftime and it was enough for Kentucky, which just kept feeding Karl-Anthony Towns in the post, to squeeze past and get the win.

Wisconsin, meanwhile, does present some problems—specifically with Frank Kaminsky being able to go inside and outside. But Kaminsky also has to play defense, and if Calipari is smart (newsflash here: he is!) he’ll continually feed the post where Kaminsky, who is not a great defender, either will get into foul trouble or will let Kentucky have their way. There’s no escaping their low-post foursome of Towns, Willie Cauley-Stein, Trey Lyles, and Dakari Johnson.

Also, Wisconsin is pretty fortunate to get this far. They hit 10 of 12 threes in the second half against Arizona and it still was only enough to win by seven. If they “only” go 8 for 12, it’s a one-point game. It should be entertaining, but Kentucky should be able to pound the ball inside and win.