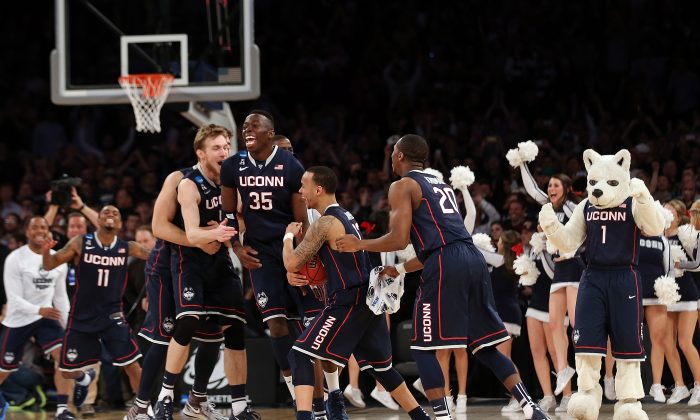 The Final Four in the 2014 NCAA tournament is almost set, with three of the four teams locked into place.

On Saturday, No. 1 Florida knocked off No. 11 Dayton while No. 2 Wisconsin edged No. 1 Arizona.

Now on Sunday, No. 7 Connecticut beat No. 4 Michigan State to advance before No. 8 Kentucky knocked off No. 2 Michigan.

Now the games are:

Both those games will be played on April 5.

Live streaming for all the tournament games is available on NCAA.com.

Also, the National Championship will be on April 7 at 9:10 p.m., broadcast live on CBS.

All Final Four games will be played at the AT&T Stadium (formerly Cowboys Stadium) in Arlington, Texas.