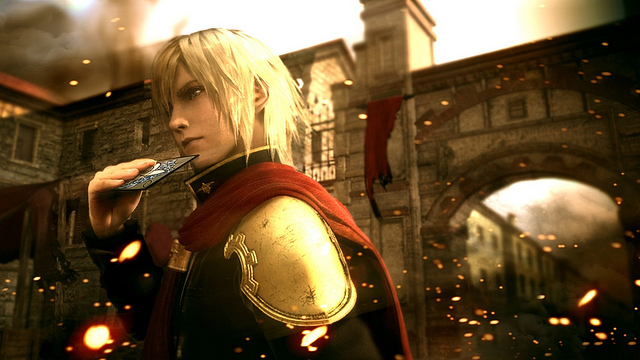 “Final Fantasy Type-0” will be the latest release in the popular franchise in the U.S. and Europe–three years after it came out in Japan.

The PSP game came out in 2011 in Japan but never was released outside of the country, but Square Enix announced during E3 that’s going to change.

“Final Fantasy Type-0 HD” will have better graphics and will come out on the Xbox One and PS4. A derivative of the game, called “Final Fantasy Agito,” will be released on Android and iOS, GameSpot reported.

“I’d like to start this out by thanking everyone who let us know how badly you wanted this game to come to North America,” Square Enix product manager Sakura Minamida said via the PlayStation Blog this week.

“Ever since the original PlayStation Portable release in Japan, you guys have never given up on it, raising your voices in an effort to see this title come to North America and Europe.”

He added that gamers should “stay tuned for more details in the future.”

“The voice of our Western fans was instrumental in the development of FINAL FANTASY TYPE-0, and we’re very excited to release this title soon,” Hajime Tabata, the game’s director, according to a press release. “The new PlayStation 4 system and Xbox One gaming and entertainment platform have really helped to re-envision this dynamic and turbulent world of Orience.”

“Agito” will be free-to-play and will come with in-game purchases.

However, Square didn’t include a release date for “Agito” or “Type-0.”

“Final Fantasy XV,” currently being developed, won’t be unveiled at E3 2014, which is slated to end on Thursday.