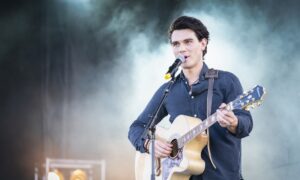 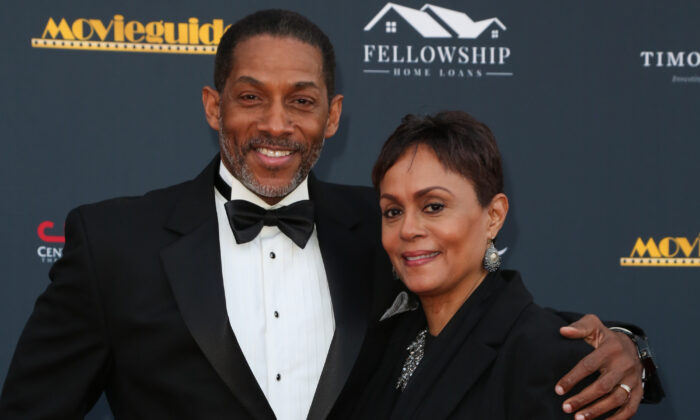 Cameron “Camy” Arnett, CEO of Camy Arnett Production Studios (CAPS), has had a remarkable life. Starting as an actor in his younger years, Arnett had a number of profound life changes that took him away from a promising career in Hollywood only to come full circle and emerge again as a powerhouse in the burgeoning “faith film” industry.

Faith films pictorialize principles written in scriptures to help people apply them to real life situations, according to Arnett, who has since grown repertoire beyond acting to directing and filmmaking. Through watching these kinds of movies, people are empowered to overcome adversity through changing themselves according to the scripture’s principles.

“Sometimes we don’t have a way to correlate the word—we read it, but we don’t have a way, pictorially, to see,” Arnett said in an interview with The Epoch Times’ “Crossroads” program. “So, that’s what these films are about. It’s about putting life being lived—living an incorrect life correctly, the way that God intended for you to do.”

Arnett, who himself has appeared in 20 faith movies in the last seven years, said he draws immense satisfaction from helping deepen people’s spiritual lives.

“There’s nothing more satisfying than watching God illuminate someone, bring a revelation to someone, cause someone to see and to shift, and to become,” he said. “When you see people have that ‘aha!’ moment and also be able to pinpoint what to do and how to do it based on a film that they saw, how they could actually emulate a life that they saw happening and find God’s answer—I’m thrilled,”

Arnett said the principles presented in his films are those that he lives by. “I never want to do a film that gives a good message but then when you walk with me you don’t see that message,” Arnett said.

“The principles that we’re talking with CAPS are principles of my own, of my own humanity, and they are the principles that I exude and I teach and I train the people that are with me,” Arnett said, adding that the people behind the camera are not just skilled at their work, but “are people of God that have the integrity of God, and so they have holy hands that handle a holy thing.”

When Arnett was a pre-med, pre-law student in college, he had never thought that he would end up in the entertainment industry. He entered some competitions because he wanted to find something fun to do in the summer and won eight of 10 competitions. From that point on, his life took a turn, he said. He was given acting roles in popular television series such as NBC’s “Miami Vice,” ABC’s “China Beach,” and “Doogie Howser, M.D.”

Later Arnett received an offer to play a role in his own series. Famous actors were auditioning for the role but the producer selected Arnett. Just before signing a contract, Arnett’s manager informed him that he was expected “to do partial body nudity” as a part of the role, Arnett said.

“I was at that point in time a Christian and so I said to my manager: I can’t do that,” Arnett explained. After his refusal, the producer offered to give him a body double so Arnett would not have to do the nudity and would do only acting.

“I’m about to sign again and I feel the Lord tap me on the shoulder and say: ‘You have to shun even the appearance of evil because people will think that’s you. And so I dropped everything.”

That offer was what actors work for all their lives, Arnett said, “and finally the offer comes, but it comes at a price and the question becomes, Do you want to pay that price? And for me, the obvious answer was no.”

Arnett explained that he then went through a process of stripping away extra things in his life, giving up “the big mansion on the hill” and his life of comfort, and realigning his priorities. “I found myself living in the backroom in a dwelling of a woman who was on welfare.

“The only thing I had left to my name was a couch, my desk, and my books,” Arnett recalled.

“One day, I’m in the back room studying and the spirit of God said to me, ‘You know, you haven’t seen your godson,’” Arnett continued, adding that he hadn’t seen him for six years and decided to try and find him.

Arnett then said that when he eventually managed to get a hold of his godson’s mother on the phone, the spirit of the Lord said, “That’s your wife.” Within five hours, they were married.

“I hadn’t seen this person in six years but it was the best decision that I ever allowed God to make for me,” Arnett said.

After leaving California and the film industry, Arnett founded two churches and pastored them for about 20 years.

One day, Arnett’s wife was contacted by a person who wanted Arnett to play a role in a Christian film. Arnett said that he had opposed the offer at first, as his memories from Hollywood and the degradation of the film industry were still vivid.

However, he was having dreams day after day about a character he thought he was supposed to write about. When he eventually followed a more direct prompt from God to audition for that role, he realized it was the character from his dreams. “It was my first Christian role,” he said.

“I absolutely have a passion for teaching God’s word, and that’s what film is to me still. [It’s] another way to preach God’s word,” Arnett said.

“God took everything away and gave everything back—I mean, 50-fold,” Arnett said. “What’s happening now in my life, I can’t begin to tell people how grateful I am, and how it has nothing to do with me.”