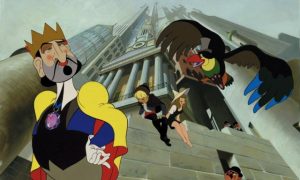 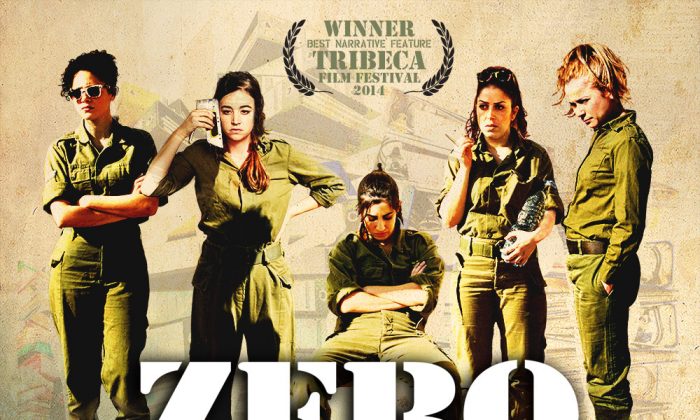 Even during times of war, military life offers plenty of absurdity, usually in direct proportion to one’s proximity to paperwork and bureaucracy. Daffi is the “Paper & Shredding NCO” of her remote desert military base.

She yearns for a transfer to Tel Aviv but lacks the talent or ambition to merit such consideration. Daffi and her best friend Zohar will file and shred as little as possible, thoroughly frustrating their commanding officer in Talya Lavie’s “Zero Motivation.”

“Zero” is broken up into a trio of story arcs, but Zohar will play a whole lot of “Minesweeper” in all three. As Daffi’s best friend, she always saves her fellow office noncommissioned officer a seat on the overcrowded bus into base and scrupulously edits her letters requesting an undeserved transfer.

However, Daffi assumes she is on her way when her presumptive replacement shows up, but the freshly arrived Tehila is an impostor, who has bluffed her way on base to visit the love-’em-and-leave-’em soldier she considers her boyfriend. After the inevitably disappointing reunion, Tehila determines suicide really isn’t painless after all. Yet, her ghost will apparently play a role in successive story lines.

Tonally, “Zero” is constantly shifting all over the place, veering from low comedy to high tragedy with little warning. You can never get too comfortable with the film, but that is what makes it rather distinctive. It is also not exactly clear just what “Zero” hopes to satirize, since it frequently undercuts its own implied criticisms. After all, the resentful Zohar and entitled Daffi seem to have found their right level, as has the commanding officer, the painfully ambitious Rama.

As Daffi, Nelly Tagar supplies the film its Private Benjamin-ness. She is kind of cute, but you would not want to deal with her high-maintenance neediness. In contrast, Dana Ivgy’s Zohar is cut from cloth similar to Alan Arkin’s Yossarian, but takes a detour through “Where the Boys Are” territory in her quest to lose her virginity.

As Rama, poor Shani Klein is stuck with all the clichés of a minor authority figure in the “No Time for Sergeants” tradition, but Tamara Klingon nearly steals the picture as Irena, a catty Russian recruit apparently possessed by Tehila’s ghost.

“Zero” frequently depicts human nature in decidedly dark terms, but its final ironic scene is surprisingly bittersweet and eloquent. As deliberately erratic as the film is, Lavie still sums up the full range of experiences that come with compulsory service rather even-handedly. In fact, there are enough nicely turned moments to recommend “Zero Motivation” on balance. It opened in New York this Wednesday, Dec. 3, at Film Forum.