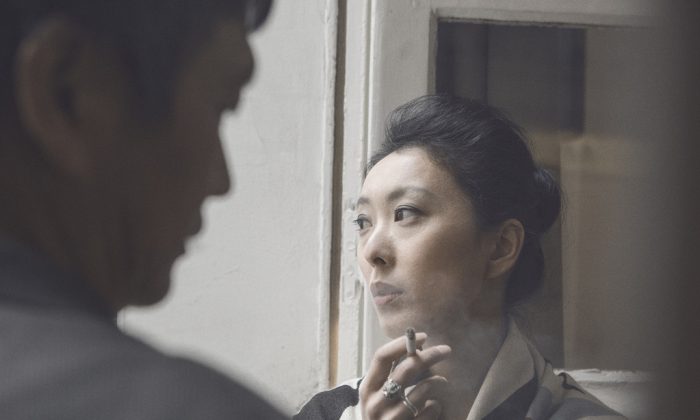 Film Review: ‘What Tears Us Apart’

If Shen Dai had remained in China, there is no way an Isabelle Huppert-like film star ever would have been part of her social circle. In this case, it is probably safe to say “Isabelle” is based on Huppert, since she is played by the screen legend herself. That bit of casting was quite a coup for Hu Wei’s latest short film, but it never overshadows the complicated emotions at the center of “What Tears Us Apart,” which screens as part of Shorts Program 1 during the 2017 Sundance Film Festival.

There are indeed social-political implications to Shen Dai’s story that viewers might guess (especially if they are cognizant of the China Communist Party’s strict family planning policies), but they still ought to let Hu reveal everything in his own due time.

Initially, we are not sure why an older Chinese couple is visiting Isabelle and her gracious slightly older husband Benoît—nor perhaps are they.

We get a visceral sense of Shen Dai’s lingering pain and resentment.

Eventually, we figure out they are really there to see Shen Dai and her daughter, but Shen Dai prefers to have Isabelle and Benoît present to run interference. However, when the three finally sit down just by themselves, the older woman’s emotions come gushing out uncontrollably.

Clearly, Shen Dai’s life in France has thus far been more comfortable than it would have been had she remained in China. Yet, we get a visceral sense of her lingering pain and resentment.

As always, Huppert is a force to be reckoned with, but you will be hard pressed to see a more haunting performance than Nai An’s devastating portrayal of Shen Dai, in any film of any length.

Although more active as a producer, Nai An also gave a remarkably sensitive and powerful lead performance in Ying Liang’s “When Night Falls,” a film of such bold integrity it caused the filmmaker to be declared persona non grata in his homeland of Mainland China.

Hu was nominated for an Oscar for his previous short film “Butter Lamp,” which seems worlds removed from “What Tears Us Apart,” at least on paper. However, both shorts are marked by Hu’s carefully rendered visual compositions. This is a 20-minute chamber drama, but Hu and cinematographer Julien Poupard make it look both delicately intimate and impressively cinematic. Based on “Butter Lamp” and “What Tears Us Apart,” Hu’s first feature should be an event to eagerly anticipate.

Very highly recommended, “What Tears Us Apart” screens with Shorts Program 1 on Jan. 20 at the Sundance Resort, Jan. 25 at Salt Lake, and Jan. 21 and Jan. 28 in Park City, as part of this year’s Sundance Festival.