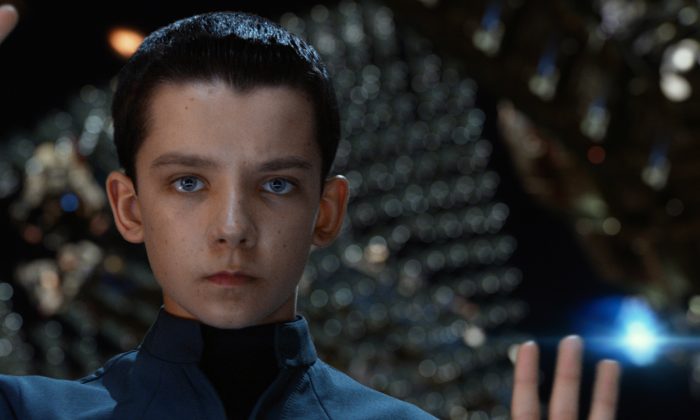 In the recent Hollywood sci-fi, Ender’s Game, writer Gavin Hood and producers Lynn Hendee, Linda McDonough, and others had to recreate the futurist space shuttles and zero gravity stunts of an 80s cult-classic novel written by Orson Scott Card.

The real challenge of the film, however, was finding the perfect match for the lead protagonist, Ender Wiggin.

“The challenge of finding Ender could not be overstated,” said Hendee in an interview posted online.

Ender’s Game is a story of a young boy who is chosen to lead an army of soldiers to save Earth from the imminent danger of an alien attack.

The difficulty of the role lay in filling the shoes of a book character who’s been idolized by millions of Ender’s Game fans over the past few decades.

“We auditioned kids from Canada, from Eastern Europe, from the UK, from South Africa,” McDonough said in a recent video interview.

When 16-year-old British actor, Asa Butterfield, known for his lead role in Hugo, walked into the audition room, he blew everyone away.

Screenwriter and director Gavin Hood’s first impression of Butterfield was how closely Butterfield’s compassionate and mature human nature resembled that of Ender.

“Once we had Asa, we felt we had a movie,” Hood said in an interview posted on Oct. 16.

Harrison Ford, Sir Ben Kingsley, Viola Davis, and Abigail Breslin also had major parts in the film. Butterfield, however, was to be the leader. He had to be intelligent, but also empathetic.

“The success of the film, we always knew, would live or die on his performance,” said producer McDonough about Butterfield. And they weren’t disappointed with their decision.

“There isn’t one person I’ve talked to who doesn’t think that Asa was the perfect choice,” said producer Hendee.

Butterfield said he was excited to play Ender and that he feels confident about his portrayal.

“It’s hard, but I hope that everyone enjoys it, and in fact, I’m sure they will,” he said.

Co-star, Heilee Steinfeld, who recently stared in the Julian Fellowes adaptation of Romeo & Juliet, said Butterfield brought a lot of himself to the role.

“He is Ender,” Steinfeld said.

Butterfield is a huge sci-fi fan, and he was reading many scripts at the time when Ender’s Game was slipped into his summer reading list. This one, however stood out for him because of the theme of the story.

“A kid that saves the world and fights in zero gravity, what more could you want?” he said in a interview for Summit Entertainment.