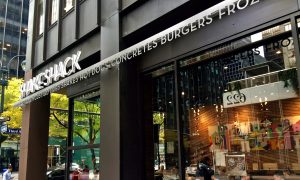 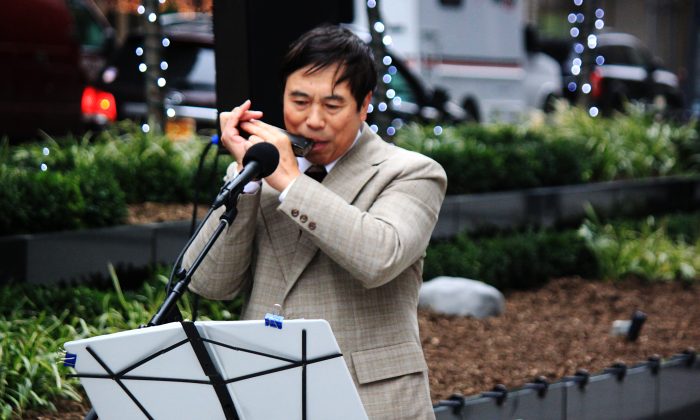 Harmonica virtuosos Jia-Yi He in a public performance for Sounds of the Season. (East Midtown Partnership)
New York

Filling East Midtown With Music for the Holidays

If you walk through East Midtown from Dec. 2-16, you might hear one of many choirs just around the corner.

The East Midtown Partnership is holding the second annual Sounds of the Season in the neighborhood, and the series of musical performances has doubled from last year’s program.

“We want to help people get back into the spirit of the season—there’s something deeper. It’s not just commercialism,” said Rob Byrnes, president of EMP. Of course, the upscale neighborhood is a major commercial and retail district and there’s plenty of shopping to be done as well, but the musical performances also serve to brighten the workers’ days.

“Look, it’s December and it’s cold and crazy out, but we want the shoppers and the people who work in the area to take a little time and enjoy the season,” Byrnes said.

All the performances feature local organizations, and the line-up is diverse.

The Unforgettables Chorus was created for people coping with dementia by the NYU Lagone facility and shows that musical therapy works. The local Lighthouse Vocal Ensemble is dedicated to those who are visually impaired. The PS 59 Chorus members are elementary children learning music, singing, and have a chance to perform through Sounds of the Season.

EMP was able to feature local stores this year as well. Whole Foods is sponsoring the program by providing refreshments, and The Harman Store is participating in the performances with their own DJs.

“My dream would be that, walking down five or six blocks in the neighborhood, you’d hear two three different musical groups,” Byrnes said.

“We’re already starting the planning stages for 2015,” Byrnes said, and they are looking for more artists. “I’d like to do a spring season as well, when it’s not so cold outside.”

On Dec. 11, there is a violin performance outside the St. Bart’s Church.

On Dec. 13, there is a holiday DJ performance at the local Harman Store

On Dec. 16, the PS 59 Chorus will sing outside the school

CORRECTION: Rob Byrnes was misspelled in a previous version of this article. Epoch Times regrets this error.