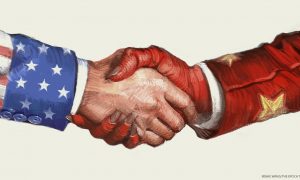 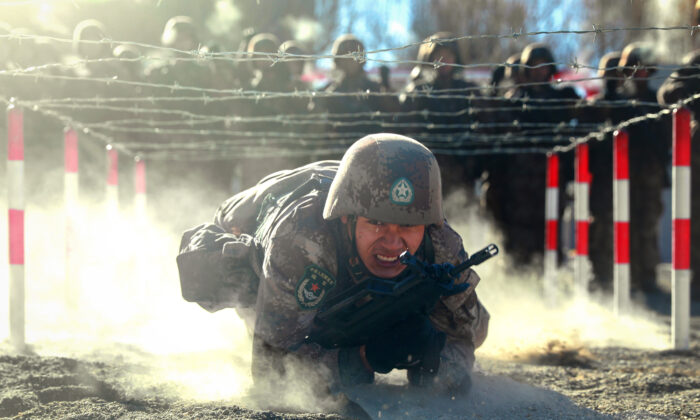 ‘Fighting Us on a Daily Basis’: Expert Sounds Alarm on CCP’s Political Warfare

These are just some of the weapons used by the Chinese Communist Party (CCP) in its all-encompassing war against the free world, according to Kerry Gershaneck, author of the 2020 book (pdf) “Political Warfare: Strategies for Combating China’s Plan to ‘Win Without Fighting.’”

Dubbed “political warfare,” although also known by other names such as “unrestricted warfare,” this mode of war stops just short of full-fledged military assaults. But it’s no less lethal, he notes, given that the goal is to win against an enemy without firing a single shot.

The CCP is “willing to fight war with everything. There are no boundaries,” Gershaneck, who has been a visiting scholar at Taiwan’s National Chengchi University for the past three years, told The Epoch Times in an interview.

It’s a concept the West doesn’t understand, he said.

In his book, Gershaneck, who previously served in senior strategic communications and in counterintelligence assignments in the U.S. government and taught at universities in Southeast Asia, recounts drawing blank looks from instructors at the institutes that train State Department and Pentagon staff when he inquired about the topic.

“I may as well have asked them to explain how they taught quantum mechanics or matter-antimatter asymmetry, for they had no idea what I was talking about,” he writes, recalling an interaction a few years ago with instructors who taught public affairs at the State Department’s Foreign Service Institute in Arlington, Virginia.

This ignorance, which pervaded successive U.S. administrations from the end of the Cold War until President Donald Trump took office, was the result of the West being lulled into a false sense of security after defeating the Soviet Union, Gershaneck said. At the end of the Cold War, Democracy had prevailed once and for all over communism, the thinking went.

“We naively ignored the other growing threat—and that was the People’s Republic of China,” he said.

The Chinese regime would eventually become more democratic as it increased its trade and engagements with the international community, the thinking went. So the United States shut down the political warfare apparatus it had built during the Cold War.

Alongside ignorance, there was also willful blindness among those in Washington who did perceive the Chinese threat. Among bureaucrats, many filed the issue in the “not my job” category, Gershaneck said.

“They saw it and they thought it was too much trouble. So ‘It’s not my job to fight Beijing’s malign influences intimidation, its coercion, its infiltration, subversion,’” he said.

For elected officials, they’d be thinking, “I don’t want to know it exists because that might interfere with my funding for my next campaign,” according to Gershaneck.

The book also details that Beijing has proven adept at manipulating America’s political, business, and cultural elite through a variety of methods including economic coercion, bribery, threats, and psychological manipulation.

The net result is that the United States had been in a “death spiral” for many years, leading up to the turnaround brought about by the Trump administration.

“Key people across the whole of government [in the administration] … were beginning to understand the very serious threats,” he said.

With the State Department taking the lead, the Trump administration pushed back against an array of CCP predations from its crackdowns in Hong Kong and Xinjiang to its theft of U.S. technology.

The Chinese regime has found particular success in its “United Front” operations aimed at influencing America’s elite to get them to act in ways approved by Beijing, Gershaneck says.

Dubbed by CCP leaders as a “magic weapon,” “United Front work” involves the efforts of thousands of overseas groups that carry out political influence operations, suppress dissident movements, gather intelligence, and facilitate the transfer of technology to China. Many of the groups are coordinated by a Party agency called the United Front Work Department (UFWD).

An investigation last year by Newsweek found about 600 such groups in the United States.

“United Front organizations have been allowed to operate with near impunity in the United States for many, many years,” Gershaneck said.

During his time at a U.S. think tank and in academia, Gershaneck witnessed firsthand the regime’s United Front operations in action. He found that Chinese influence agents were “very successful” in wooing analysts, academic figures, and business leaders.

“I saw how Chinese agents of influence … [and] United Front Work Department operatives were welcomed in education institutions and think tanks,” he said.

These Americans, the targets of influence operations, would be invited to dinners or flown to China, to be wined and dined by Chinese operatives who might supply them with valuable insider information, such as activity behind the curtains among the CCP’s top leadership.

“So they think they’re important. They have no idea … how manipulated they have been,” Gershaneck said.

This psychological manipulation of U.S. targets is a testament to the effectiveness of the CCP’s United Front efforts, according to Gershaneck.

“All too often, I’ve seen Americans who interact routinely with UFWD personnel do exactly what the CCP wants them to do—advocate on behalf of the CCP as part of their normal thought process,” he said.

“They’ve been conditioned to basically parrot the PRC [People’s Republic of China] position on almost any issue without being told to do it.”

Gershaneck says the United States needs to get serious about identifying and exposing United Front groups and operatives in the country, and taking legal action against them.

The Trump administration started this process by designating the National Association for China’s Peaceful Unification, an organization controlled by the UFWD, as a foreign mission. It also did the same for the Confucius Institute U.S. Center, the body that promotes Beijing-funded Confucius Institutes on American college campuses and in school classrooms.

More broadly, the United States needs to do more to start defending itself against the CCP’s political warfare offensive, Gershaneck said. The first step is to understand the nature of the threat; the second is to come up with a comprehensive strategy to push back, which includes building institutional and educational apparatuses to combat the regime’s assaults.

If this can be done, “then we have a fighting chance,” he said.

“If we don’t fight back, they’re going to win without firing a shot.”