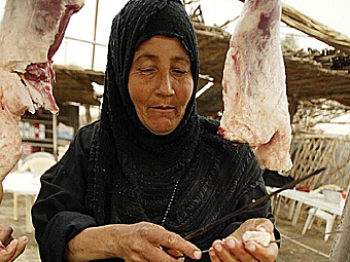 Fighting Poverty One Micro Loan At a Time

By Heide B. Malhotra
biggersmaller
Print
The microfinance industry, though a very small piece of the global financing market, has grown into a vibrant market.

Microfinance is a process of making small loans to low-income entrepreneurs in developing countries. The loans aim to stimulate economic growth in less-developed countries.

Microfinance has grown into a $33 billion industry and is expanding by roughly 25 percent annually. There are 53 million borrowers and 64 million savers, according to a recent Banana Skins 2008 Survey, published by the non-profit Center for the Study of Financial Innovation, a London-based think tank.

53 microfinance investment funds were launched since 2005. Investments doubled between 2005 and 2006, achieving a $2 billion portfolio in 2006. An investment fund brings together money from many people who want to make an investment.

“Microfinance investments grew at an annual rate of 80 percent between 2004 and 2007, reaching a total of $3.5 billion in 2007,” according to a recent CGAP report, an independent World Bank venture tasked to make financing available to entrepreneurs trying to move out of poverty.

The ten major microfinance firms account for about two thirds of all microfinance investments. ProCredit Holding AG, based in Frankfurt, Germany, is by far the largest among microfinance companies, with close to $400 million in assets. ProCredit operates a total of 22 banks in Africa, Latin America and Eastern Europe.

Oikocredit International, with close to $230 million in investments in 2006, is the second largest investment fund in developing markets. Oikocredit, based in Sweden, is owned by the General Assembly of the World Council of Churches.

A Fitch Ratings report claims that in terms of dollars, 38 percent of all micro finance lending occurs in Latin America and the Caribbean; close to 28 million out of 54 million borrowers live in Southeast Asia.

Microfinance is no longer in its infancy. It began in 1976, when Dr. Mohammed Yunus lent $27 to forty-two Bangladeshi women. The grassroots initiative was established as a formal bank in 1983, named Grameen Bank. Grameen Bank does not require collateral nor does the borrower have to sign legal documents.

Today, there are 7.5 million borrowers of Grameen, with 97 percent of customers being women in Bangladesh. The bank has lent $7 billion of which $6.3 billion has been repaid. Grameen reported a total loss of less than 2 percent since establishment.

Kiva, a Web site that promotes lending to small entrepreneurs, published that a microloan was made every 37 seconds during the first three months of 2008 to help people who want to be self sufficient in developing countries.

According to Kiva, almost 90 percent of people accepted into the Kiva program in Indonesia and 50 percent in India graduated out of poverty. It takes about 89 hours to fund a microloan, according to Kiva’s records.

Fitch warns of potential risks that include government intervention and “exposure to regulatory risks,” given the accelerated growth of MIFs.

Commercial lenders have entered the microfinance market. Established banks see a profit potential and don’t want to be left behind. However, these banks may not be ready to cope with the demands in a microfinance market where the average borrower needs individualized services not needed by experienced borrowers.

“Increased access to commercial funding brings new demands in risk management, disclosure, and moves [microfinance institutions] away from their traditional base of public or donor funding. Transformation to for-profit and regulated structures heightens the risk of “mission drift,” suggested Fitch in a press release.

Leaders in the microfinance markets, including investors and developing agencies, were brought together by the Deutsche Bank AG, CGAP and the Boulder Institute of Microfinance in May to develop a code of ethics.

Bringing People Out of Poverty

Conventional micro lenders charge exorbitant amounts, which eliminates many would-be small entrepreneurs. Interest rates are high because of the risk involved in lending to someone without a borrowing history. Besides, small loans require servicing, so the lender charges a set amount, and does not take into account the size of the loan.

Kiva Micro Finance, the brainchild of Matt and Jessica Flannery, services people who would otherwise be priced out of the borrowing market.

They started a Web site that calls itself the “world’s first person-to-person micro-lending website.” It brings together people in need of a small loan with those willing to provide loans without asking for anything in return.

“It tries to marry the discipline of markets with the charitable spirit of old-style foreign aid… It brings together social networking and microfinance,” explains Knowledge @ Wharton in a May article titled “Kiva: Improving People’s Lives, One Small Loan at a Time.”

Under the “Kiva” system, individuals lend money to an established microfinance organization in the borrowers’ home country, which then on-lends to a borrower.

The micro lender publishes a borrower profile on the Kiva Web site and individuals provide funds, often as low as $25, up to the amount needed. Most importantly, no interest is charge or paid. The lender must work with the borrower in the country, teach borrowing principles and assure that the loan is repaid.

The average loan amounts to around $110. Most loans are of 6 to 12 months in duration and no interest may be charged. Once the loan is repaid, the individual can earmark the amount towards another micro loan or ask for the funds back.

“Kiva mixes the entrepreneurial daring of Google with the do-gooder ethos of Bono, the lead singer of the rock band U2,” Knowledge @ Wharton said.