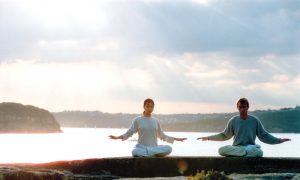 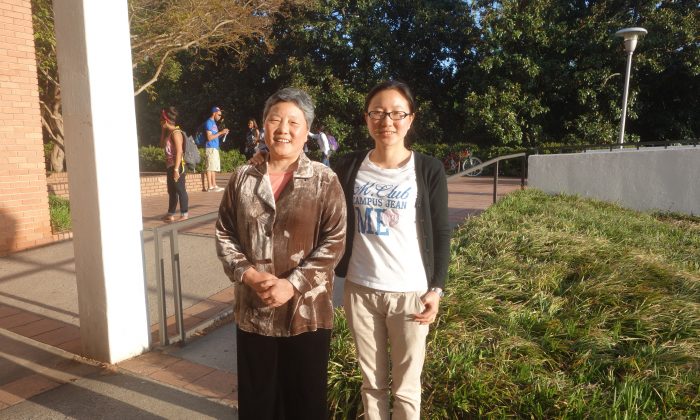 “Free China:” Fighting Injustice One Heart at a Time

CLEMSON, S.C.—Huili “Lily” Li is slight of build and quick to smile. Her cheerful demeanor belies a painful past.

“I lost my father when I was just 12 years old. I cannot lose my mother too,” she said, standing at a podium in front of her fellow Clemson University students on April 23.

She and her mother, Xiuying Zhang, lived in Huangshi City in Hubei Province in southeastern China. Both practiced Falun Dafa, a spiritual practice of exercises and meditation.

When communist regime head Jiang Zemin banned the practice in 1999, police repeatedly took Zhang into custody. Li, only 13 years old at the time, was left alone at home, while her mother was imprisoned for nothing more than practicing peaceful meditation.

“There was no help for us,” she said.

Zhang was tortured in detention. She witnessed others being tortured. Some of her fellow prisoners of conscience died or were disabled.

“Many times I went to the police station and knelt in the street in front of them to ask them to release my mother,” said Li.

Today Zhang is rosy cheeked and energetic. She has been in the United States for one month.

Zhang looked on as her daughter Li introduced a documentary that tells the story of Chinese labor camps and those who, like Zhang, have suffered behind their walls.

The film is called Free China: the Courage to Believe.

The award-winning documentary tells the stories of Jennifer Zeng and Charles Lee, two innocent Falun Gong practitioners who were illegally imprisoned and tortured in China.

Lecturer of Chinese Dr. Su-I Chen hosted the event. When she met Zhang, she was moved by her story.

In her native Taiwan, the Chinese Communist Party was often thought of as evil, she said. Chen said she assumed the torture and killing of innocent civilians had ended with the Cultural Revolution. When she talked to Zhang, she was shocked to learn that they have not.

Chen invited her students to attend the screening because she wanted them to discuss the persecution of Falun Gong, and the modern struggle for human rights in China.

After the screening Li shared her experience as a student in China. She described the extent of online, phone, and personal surveillance, and the intense media censorship and propaganda that prevents stories like her mother’s from reaching the outside world.

In China, her phone was monitored and security personnel sometimes followed her to school.

When she applied for a visa to study in the United States, officials demanded she sign a statement denouncing Falun Gong just to get her visa. “But I never did sign that,” she said.

Because of the censorship Li takes every opportunity she can to share her story and tell people about the persecution of Falun Gong. Especially other students from China.

“I tell other Chinese students I came here for the freedom,” she says.

Chen said negative views of Falun Gong persist among some of Li’s Chinese classmates. Some still believe the propaganda that is spread by radio and TV broadcast in China as a way to justify the persecution. She asked several of them what they thought of the issues in the documentary, she said.

Li invited all Chinese Clemson students to attend the screening via an online bulletin board, but she said her invitation was deleted soon after she posted it.

There is encouragement: a pair of her fellow Chinese students attended the screening. They were quiet but supportive, wearing friendly smiles.

Free China will be released online and in theaters on June 4, 2013, the 24th anniversary of the Tiananmen Square massacre.

It was directed by Michael Perlman and produced by Keon Wong of NTD Television. The two met at an event, where they discussed Perlman’s 2008 film Tibet: Beyond Fear.

Wong told Perlman, “If you want to free Tibet, you have to free China,” and the project was born.