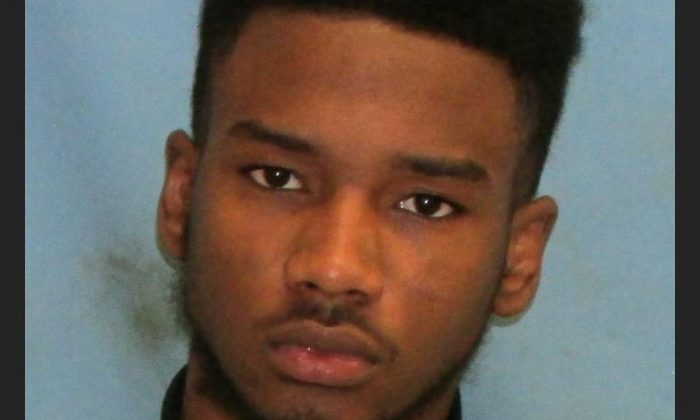 A brawl at a shopping mall in Little Rock, Arkansas on Saturday night that involved several hundred people resulted in an arrest, according to reports.

The Pulaski County Sheriff’s Office said that two off-duty deputies made an arrest at Park Plaza Mall. According to the Arkansas Matters news website, 19-year-old Nayquan Swanigan was taken into custody, where he is likely to be charged with disorderly conduct, criminal trespassing, and resisting arrest.

A spokesperson told Arkansas Online that the brawl started with two girls fighting before more people joined the fracas. In the incident, a fight broke out near the mall’s food court.

Deputies said that a few hundred people eventually got involved in the melee. But they were able to halt it and take the girls outside.

Mall security decided to close Park Place down early. In the process of clearing the mall, officials said that Swanigan refused to leave and “mouthed several explicit comments.”

“Deputy Ablondi warned Swanigan that if he hit Deputy Ablondi’s hand’s again that he would be arrested,” the report said, according to Arkansas Online. “Swanigan walked toward the exit and taunted Deputy Ablondi requesting him to go outside to fight him.”

He refused and pushed the deputy’s arm away and officials then moved to arrest him. Then, Swanigan “continued to pull away and physically refused to comply … in [an] attempt to not be arrested,” the report added.

“Swanigan refused every order that Deputies gave him and Deputies gave Swanigan multiple chances to comply,” the report said. “Deputy Ablondi could hear and see out of the corner of his eye a large crowd that had gathered behind him, most of which were saying several explicit comments toward Deputies.”

According to THV-11, he “refused to put his hands behind his back and was pulling away from the deputy trying to arrest him.”

He was then arrested.

Officials took him to the ground, and he got a bloody lip, Arkansas Matters said.