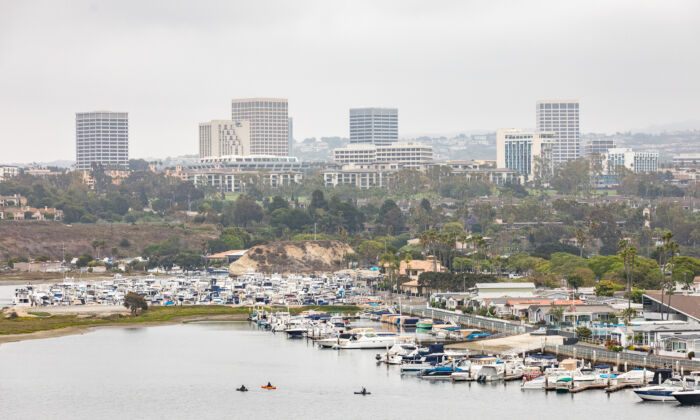 Independent thought and expertise from someone who is not a lifelong politician is something she said she hopes to bring to the table if elected.

“I hope to be a mirror for the people and what the people want to have happen in our community,” Peters told The Epoch Times.

Her goal, she said, is to “focus on what our actual needs are” and what she calls “outside influences.”

“I’d like to minimize those as much as possible and fight back against Sacramento,” she said.

According to Peters, requirements to zone for nearly 5,000 apartments and single-family homes by 2029 is one example of unreasonable mandates by the state.

“The number of units has to reflect the area that we have to build on,” she said—also mentioning that the United States is one of the few countries allowing non-citizens to own homes.

Peters is a longtime resident of 40 years, mother of three, and owner of a consulting company that prepares businesses for sale. She’s also been involved in her children’s schools.

Peters said she decided to run for the city council seat last December, after thieves tried twice to steal the catalytic converter from her 2006 Toyota Prius.

During the second incident, which occurred early one morning while she was walking her dog, she said she confronted the would-be thieves. Before driving off, one of them, she said, grabbed and shoved her, leaving a bruise on her arm.

She said police told her that gang members steal 20 to 30 converters a night to sell to junkyards for $1,500 a piece.

“That’s really what has motivated me to become involved in this process,” she said.

She wishes she had more competition in the race, she said.

“More people should be running for office,” Peters said. “It should be five or six people running for each position. We should all be so involved in our own local government that we all understand what’s going on.”

She said since the incident with her catalytic converter, she’s learned more residents should be involved with their neighborhood watch program.

“If we have expectations of a safe environment and having a community where we all want to live, it means we have to get to know our neighbors,” she said. “We have to support each other, and we have to get involved … if you see something, say something.”