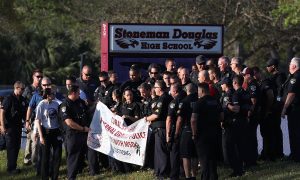 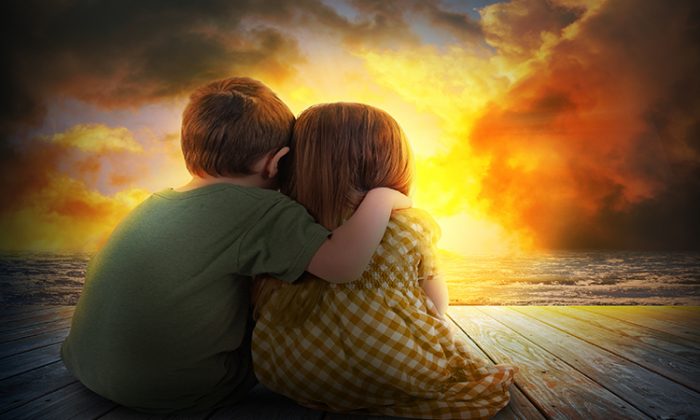 A group of fifth-graders decided to lend some much-needed help to a classmate with special needs.

The five—Jack Pemble, Jake Burgess, Gus Gartzke, Tyler Jones, and Landon Kopischke—watched as other kids in their class teased James Willmert, who has special needs.

“They were like, using him and taking advantage of him,” Jake explained, “because he’s easier to pick on, and it’s just not right,” Jack added.

Burgess, who appears to be the leader of the group, made an imposing presence as he accompanied James at the lunch line and to the table where they ate.

The group vowed to keep a close eye on James, and to protect him from any would-be bullies and if need be, to lay down the law.

The impact has already been huge. James is much happier and wants to go outside for recess.

“Why pick on someone,” Jack Pemble, a student, starts to ask, and Jake Burgess finishes his question, “who has special needs?”

“It really kind of makes you proud to be their teacher,” said  Mallory Howk, a teacher has spent the year with the boys in the class.

She said the school’s anti-bullying lessons struck a chord with the kids.

As Jake Burgess told KARE, “He’s an awesome kid to hang out with.”

Read More
Standing Up to Bullying With Comedy
Girl Fights Back After Bully Pours Super-Glue Into Her Hair
Mother Comes up With Unusual Way to Stop Her Daughter From Bullying
Teen Nearly Blinded After Bully Hits Him in Eye, Shattering His Glasses: Reports
Michigan Teen Takes Own Life After Being Bullied on School Bus, Mom Claims

James’ family was moved by the boys’ display of compassion to her son.

“He used to not want to go out for recess or anything, it would be like a struggle,” stated Margi Willmert, James’ mom.

How do you stand up to bullies? Be a friend.

“And now he can barely eat his lunch to get outside to play with those guys.”

How to Tell if You’re a Bully

According to Chantal Gautier, a senior lecturer in psychology at the University of Westminster in the UK, there are ways to determine if you’re a bully.

You repeatedly upset someone around you. You may notice this if someone gets angry at you a lot, complains about your behavior, or is tearful often. These reactions are indeed a red flag and should be taken seriously

You have a lack of empathy. This is not always easy to recognize in yourself. You may want to ask people around you whether they think that is the case, or even take an empathy test

You can get aggressive. This may include openly shouting, threatening or humiliating someone in front of others. But it could also be passive aggressive comments, such as “Oh, you are doing it that way, that’s brave.

You thrive around insecure people. If you make yourself feel better by evoking discomfort or insecurity in a colleague, that would be a classic sign of bullying. This could be done, for example, by persistently picking on someone or deliberately setting them up to fail

You spread malicious rumors about a staff member. It may not seem like a big deal, but spreading rumors could make someone’s life a living hell, costing them professional and social success

You misuse your power or position about performance issues. For example, you may intentionally block someone’s promotion or take away duties and responsibilities without any rationale or substance. Other possibilities include deliberately and persistently ignoring or excluding someone from joint collaborations and social events.

She continues, “Bullying is especially likely to take place in stressful workplaces with poor leadership and a culture that rewards aggressive, competitive behavior. We know that bullying can trigger an array of mental health issues including depression, burnout, increased absenteeism, low self-confidence, and stress.”

“Educating people about bullying is a positive step forward. In the meantime, we should all make sure we are doing everything we can to treat others with respect.”