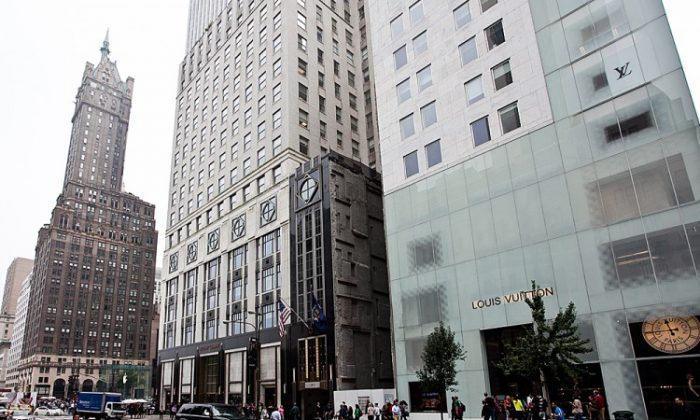 Fifth Avenue in Manhattan, New York, on Oct. 3, 2012, one of the most popular shopping destinations in the world for the rich and famous. (Amal Chen/The Epoch Times)
US

NEW YORK—Manhattan’s Fifth Avenue (between Washington Square North and 124th Street in Harlem) made the list of 2012 Great Places in America, posted by the American Planning Association (APA).

Manhattan’s Fifth Avenue runs through Harlem, the Museum Mile, Greenwich Village, and features much of the city’s historic and iconic buildings.

Characteristics of a “Great Street,” according to APA, is that the street encourages human contact and social activities, employs the landscape to a great effect, and has memorable character.

The street itself also holds historic zoning value. The Fifth Avenue Association, created in 1907, was the first in the country to create a zoning resolution (in 1916), which held back the number of growing factories from the avenue in favor of residential, retail, and other public-use properties.

The APA said the 11 neighborhoods along the street are “unique, yet (each) contribute a uniform feel.”