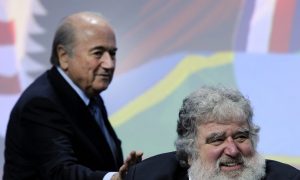 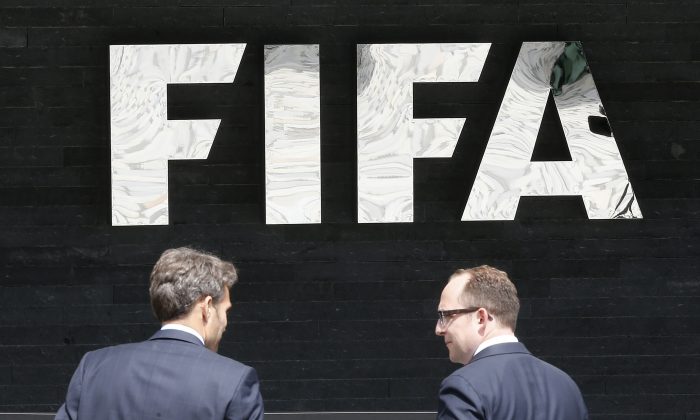 FIFA Presidential Election to Be Held on Feb 26

The date was chosen by FIFA’s executive committee on Monday, after Blatter announced plans to resign four days following his re-election in May amid American and Swiss criminal investigations into corruption.

The 79-year-old Blatter, who first joined FIFA 40 years ago, has held onto the most world powerful job in world soccer since 1998.

FIFA’s 209 members, who elected Blatter to a fifth term in May, will return to Zurich next year to select a new president almost nine months after Blatter’s resignation statement.

Potential contenders include UEFA President Michel Platini and Prince Ali bin al-Hussein, who lost to Blatter in May.

FIFA announced the election date shortly before a scheduled news conference by Blatter. The FIFA executive committee meeting was also due to discuss ways of reforming the organization to regain the trust of fans and sponsors, including presidential term limits.

Prince Ali on Monday joined World Cup sponsor Coca-Cola and former FIFA advisers Transparency International in calling for Blatter to be excluded from the process of shaping the organization’s future after a litany of scandals on his watch.

Prince Ali told The Associated Press that Blatter “cannot be permitted to plan his succession and manage this election process.”

“President Blatter’s resignation cannot be dragged out any longer. He must leave now,” Prince Ali, a FIFA vice president for four years until May, said in a statement to the AP.

“An interim independent leadership must be appointed to administer the process of the elections, in addition to the reforms that are being discussed prior to the elections,” he added.

Reformers want FIFA to appoint a respected figure from outside the sport to oversee the next election and reforms of FIFA.

Kofi Annan, the former United Nations secretary general from Ghana, has been mentioned for the role.

“The rumors linking Mr. Annan to the FIFA job are just that: rumors,” Annan’s office told the AP, stressing that he is currently “fully committed” to other roles.

Bility, the Liberian federation head, said he was “very disappointed” with the Feb. 26 election date.

“It does not reflect the urgency of the situation,” he told the AP by telephone. “The anxiety, the wait cannot help knowing that we expect to have a new leadership.”

Bility said he is sure he will secure the nominations required to make the ballot.

“I am very encouraged,” he said. “You know I am keen viewing those rumors of those who are running. I don’t see any new faces. They are all names who have been around for all these years.”