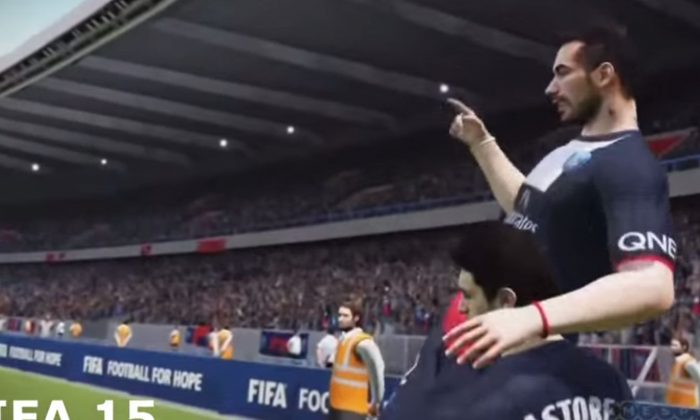 FIFA 15 Release Date: Game Will Also Have an ‘Emotion and Intensity’ Feature

In a video, EA explains that the “tone of the game” will change based on the individuals. The game will have an “intelligence feature that connects all 22 players on the pitch [and] each player” has feelings or an attitude towards every other player, the narrator of the video says.

These evolve positively or negatively over the match on what plays out. If there’s a sketchy tackle, there might be a heated exchange or if there’s an early goal, the other players might show more intensity.

EA says there will be more than 600 emotions from players, “upping the intensity of every game.”

The crowds will also be distinguished by chants and other unique anthems. Each crowd will have its own unique flavor, it says.

According to Polygon, which did an interview with EA Sports producer Aaron McHardy, the feature is designed to “give the game a more organic feel and then deploy FIFA’s cameras and commentary to observe and present that.”

“That way, the presentation will, at minimum, be less repetitive, a goal of any sports video game that replicates a broadcast,” the article says, citing McHardy. “Players won’t be the only ones showing emotion. Supporters will behave distinctly as well, with commentators remarking on that.”