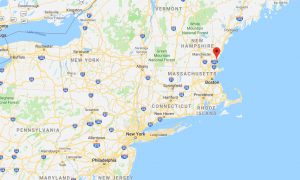 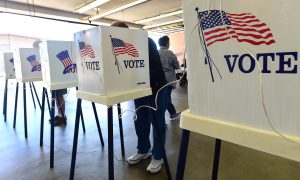 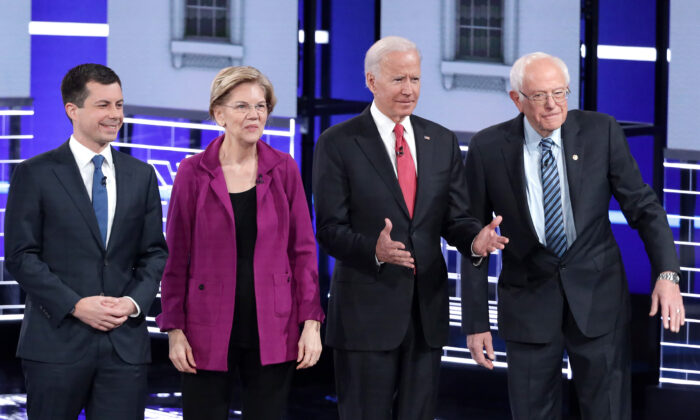 California’s Democratic presidential primary will likely be decided in the eastern states, despite attempts to make West Coast votes more relevant by holding the elections on March 3, three months earlier than usual.

Because it’s human nature to back a winner, the three-hour time difference between the east and west coasts could influence California’s Democratic primary, and the results may be determined in Iowa, New Hampshire, South Carolina, and possibly Nevada on Super Tuesday.

Californians can start mailing in ballots as early as Feb. 3, but there’s a good chance that Democratic voters will hold back to see which candidate has the best chance of defeating President Donald Trump in the Nov. 3, 2020 general election.

With the Golden State’s only homegrown contender, Sen. Kamala Harris, dropping out of the race in early December, alliances among California Democrats have shifted, but it’s still too early to determine exactly who are the benefactors.

Many establishment Democrats in California—including Gov. Gavin Newsom who bestowed his blessing on Harris—may have felt obligated to endorse her, but now her rivals are fighting for the meager spoils of the seven percent of likely Democratic primary voters Harris was carrying when she dropped out of the race. So far, Newsom hasn’t endorsed any of the remaining presidential primary contenders.

Once heralded as a top contender for the presidency, Harris failed to gain a strong foothold despite being supported by the news media, including former NBC Today Show host Matt Lauer, who called her the “female Obama.” After a wildly successful rally attended by more than 20,000 supporters in her hometown of Oakland last January at the outset of her campaign, Harris quickly surged in the polls.

At one point, polls showed Harris nipping at heels of former Vice President Joe Biden, but her early success was short-lived. Harris attacked Biden for his support of decades-old school busing programs and then lost a debate dust-up to Hawaii Congresswoman Tulsi Gabbard, who attacked her track record as state prosecutor and California’s attorney general.

Some Democratic strategists have said Harris should have worked harder to ensure her message to voters was clear. And although, Harris’s message predictably always contained the word “truth,” her position on specific issues was often muddled. She flip-flopped on many issues, leaving her supporters confused. Harris was seen as stiff, and the more she tried to shed that image the more she came across as being less than authentic. Harris was vague and evasive on a host of issues, including health care.

Her popularity plunged and she soon found herself trailing not only Biden but Massachusetts Sen. Liz Warren, Vermont Sen. Bernie Sanders, and even South Bend, Ind. Mayor Pete Buttigieg at times. By late November, Harris had fallen dramatically in the polls. Unable to make a comeback, she told her supporters on Dec. 3, she was withdrawing her bid for the party’s presidential nomination.

“Eleven months ago, at the launch of our campaign in Oakland I told you all: ‘I am not perfect.’ But I will always speak with decency and moral clarity and treat all people with dignity and respect. I will lead with integrity. I will speak the truth. And that’s what I have tried to do every day of this campaign. So, here’s the truth today,” Harris wrote in a note to supporters. “I’ve taken stock and looked at this from every angle, and over the last few days have come to one of the hardest decisions of my life. My campaign for president simply doesn’t have the financial resources we need to continue.”

Harris later suggested in a televised interview that her campaign may have failed not just because of money but because Americans might not be ready for a woman of color to be president.

The day after Harris ditched her campaign, Biden hinted he would consider her as a running mate if he wins the Democratic presidential nomination. However, with the former VP caught in the media spotlight over his son Hunter’s business dealings in Ukraine, entertaining the offer might not prove to be the best political move for Harris in the long run.

Peter Schweizer’s book, “Secret Empires: How the American Political Class Hides Corruption and Enriches Family and Friends,” details Hunter Biden’s activities in China and Ukraine. The author claims Hunter Biden was paid $83,000 a month by Burisma, a Ukrainian energy company, to sit on its board of directors as an adviser and consultant, even though he had no background in the industry. This deal is at the center of the whistleblower complaint that led to the impeachment inquiry by House Democrats targeting President Donald Trump.

In January 2018, Biden bragged during a Council on Foreign Relations speech about his role in withholding $1 billion in loan guarantees to Ukraine in order to pressure the foreign government to fire prosecutor, Viktor Shokin, who some Republicans claim was about to launch a probe into allegations of corruption at Burisma.

“I looked at them and said: ‘I’m leaving in six hours. If the prosecutor is not fired, you’re not getting the money.’ Well, son of a bitch. He got fired. And they put in place someone who was solid at the time,” Biden said on camera.

As more attention may be brought to the Bidens’ dealings in Ukraine, the chances of a Biden-Harris presidential ticket could fall, especially after the House voted to approve articles of impeachment against President Donald Trump this week.

Both impeachment articles were approved by a mostly party-line vote on Dec. 18. An abuse of power vote was approved 230-197-1, while obstruction of Congress was passed 229-198-1.

The House Judiciary Committee previously released a 658-page report on Dec. 16 with details about the articles of impeachment. The panel, chaired by U.S. Rep. Jerrold Nadler (D-N.Y.), approved the two articles last week in a vote split along party lines with all 23 Democrats in favor and all 17 Republicans against.

It’s unclear whether the controversy surrounding the Bidens’ involvement in Ukraine will be discussed in the Senate and further damage the Democratic frontrunner’s credibility. Several polls released in recent days still show Biden in the lead, followed by Sanders, Warren and Buttigieg, respectively, according to Real Clear Politics.