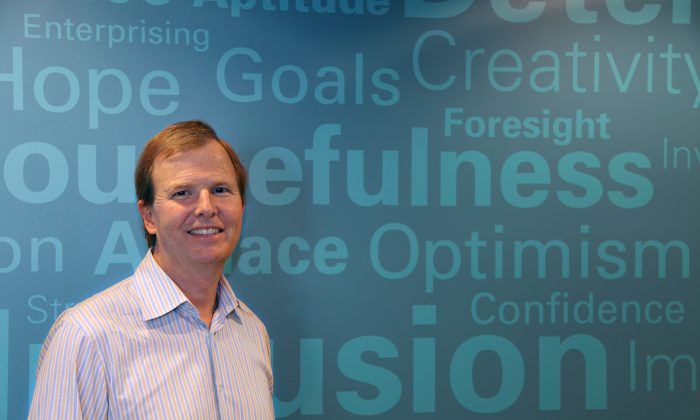 UNICEF Canada president and CEO David Morley. UNICEF is commending the Canadian government and its provincial counterparts after it found the country's overall child poverty rate decreased during the recession five years ago. (The Canadian Press/HO, UNICEF Canada)
Canada

Fewer Children in Canada Living in Poverty Since Recession: UNICEF

Overall, fewer Canadian children are living in poverty then when the 2008-2012 recession began, according to a large-scale study released by UNICEF comparing global poverty levels.

Canada was given a ranking of 20 out of 41 countries, as the child poverty rate fell 2 points to 21 percent.

“We managed to hold it pretty well,” said David Morley, president and CEO of UNICEF Canada. However, “our global ranking could be better,” he added.

UNICEF, which based its survey results on income, credited programs such as the National Child Benefit Supplement and other provincial initiatives including poverty reduction targets that it said likely allowed Canada to improve its poverty levels.

Data shows that among single parent households the rate of poverty fell 7 points in Canada, compared to 3 percentage points in other industrial countries.

“I say this with caution,” said Morley. “When Canada did child-focused family income benefits like the National Child Benefit Supplement, some provinces did some explicit poverty reduction and supplements that made a difference, and also not cutting back services.”

“I think there are lessons to be learned from what the Australians did,” said Morley. “It is interesting to me because it is another large country.”

The study was far from being all positive. UNICEF concluded that the number of children entering poverty during the recession globally was 2.6 million higher than prior.

“In 28 out of 31 European countries (EU plus Iceland, Norway, and Switzerland) the poverty rate has increased more rapidly or has decreased more slowly for the young than for the elderly. In 24 of the 31 countries, poverty levels have decreased among the elderly, while among children they have increased in 20 countries, suggesting that safeguards for the old have been more effective than for the young,” wrote UNICEF in its report.

In Canada, lower income families were more likely to drop into further poverty. UNICEF estimates that the poverty gap, a comparison of poverty levels, actually widened. Such families included those with more than two children, First Nations, or migrant children.

“If you think about how rich we are as a nation and how many resources we do have then that is not a number to be celebrated by any means,” said Michèle Biss, legal education and outreach coordinator for Canada without Poverty. “The more vulnerable of our society are seeing more significant effects of poverty.”

Biss suggests that there should be other measures to evaluate poverty using a “holistic” evaluation, including food banks. “Marginalized groups are affected by poverty in very significant ways.”

UNICEF said Canada’s child poverty rate is still “unacceptably high,” and urged the federal and provincial governments to “build on their successful efforts and put children first in their financial and policy decisions.”