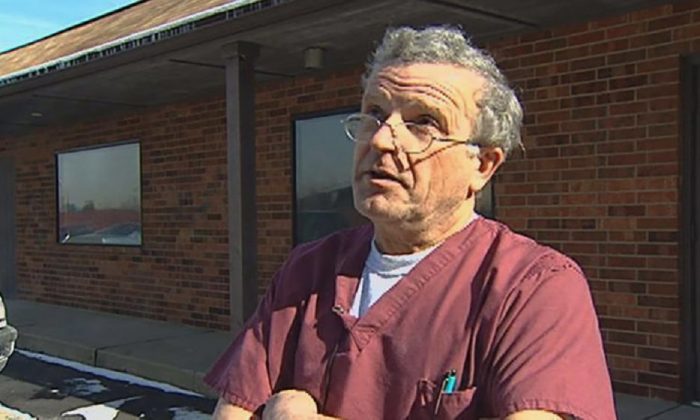 An abortion doctor who stored more than 2,000 fetal remains at his house in Illinois also had fetal remains in his car, officials in Indiana announced.

Dr. Ulrich Klopfer, who performed abortions for decades in Indiana, died on Sept. 3.

As family members went through his belongings, they found the medically preserved aborted fetuses. Additional dead unborn babies were discovered in Klopfer’s car in a parking lot in Illinois, Will County authorities said in a statement.

“The Will County Sheriff’s Office was made aware that numerous vehicles and possibly other personal property owned by Dr. Klopfer were stored in an outdoor gated lot of a business located in Dolton, Illinois,” according to the statement.

The information didn’t indicate that more fetal remains were stored on the property, which contained a number of vehicles that had been there for more than six years, authorities said. Detectives checking out the tip found the remains, which were estimated at fewer than 100.

“The remains recovered were preserved, packaged, and marked similarly to the previous fetal remains discovered at the Klopfer residence on 09/12/2019. All of the items and information observed by detectives and crime scene investigators today coincide with the previously known information that the fetal remains were from the time period of 2000–2002, when Dr. Klopfer was performing abortions in the State of Indiana,” the office said.

Authorities on Oct. 9 also announced that the 2,246 aborted fetuses had been transported back to Indiana from Illinois.

“This investigation has been a team effort involving multiple offices and agencies since the day it began, and it remains a team effort as we proceed forward,” state Attorney General Curtis Hill told reporters at a press conference.

“Our priority throughout this process is to give proper respect to the remains of these unborn children and to the women and families associated with them. We are still working through the decision-making process in regard to ultimate disposition of these remains, and we will continue to proceed with appropriate care and consideration at each step of the way. For now, we can simply let everyone know that these remains are back home in Indiana.”

Authorities said they weren’t disclosing the location of the remains to maintain “decorum, respect, and safety.”

“We have taken custody of the remains,” said St. Joseph County Coroner Michael McGann. “We will treat them with due respect and will maintain their integrity until such time as we are directed with respect to their proper disposition. We appreciate the coordinated effort of our Attorney General’s office, his staff, and the Will County [Illinois] Sheriff’s Office, who all worked so diligently to bring these remains back to Indiana.”

Hill’s office is working on preserving and protecting medical records found at Klopfer’s house and at his abandoned abortion clinics in Indiana.

“I am very pleased with the Attorney General for going ahead and doing that so we could find out what happened with the fetal remains of those aborted babies,” state Rep. Ron Bacon (R-Ind.) said at the press conference. “I am pleased they are back here in Indiana, and we are able to move forward.”